On the forthcoming episode of SBS‘s “Flower Crew” Kim Min Seok have fun at a barbecue party with Ahn Jung Hwang and BTS‘s Jungkook. During their conversation, Ahn Jung Hwan asks Kim Min Seok if he has ever dated before in which he replies, “A lot. But, it’s been half a year since I broke up with my last girlfriend.”

Ahn Jung Hwan continues fishing and questions, “When was the last time you kissed?” Feeling distressed, Kim Min Seok decides not to answer and instead downs his wine. In an effort to change the conversation, Kim Min Seok says, “I heard that in France wine is regarded as cold medicine. Have you ever heard of Vin Chaud?” 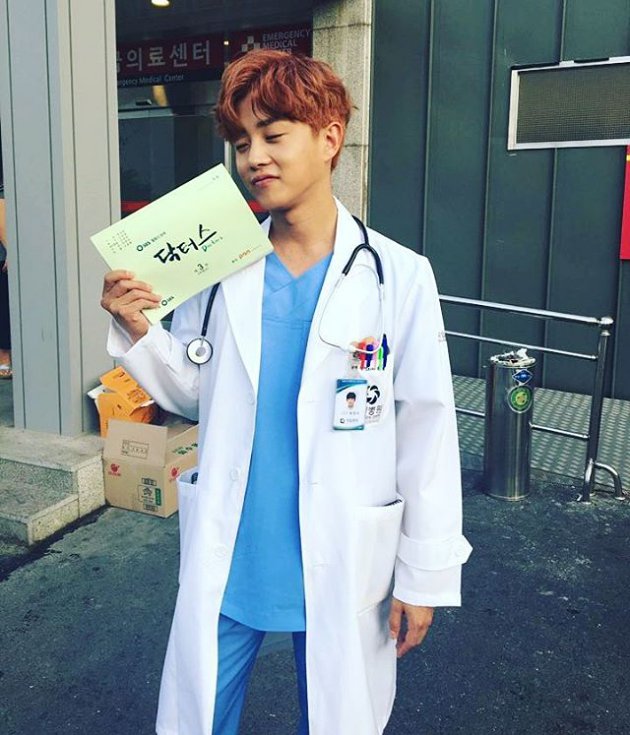