Actor Park Bo Gum is a stud for the June 2016 issue of ELLE Taiwan!

Actor Park Bo Gum is a stud for the June 2016 issue of ELLE Taiwan!

His pictorials have been released on ELLE Taiwan‘s official Instagram account (@elletaiwan). He is seen wearing a patterned collared button down with a pair of slacks. His chic style is paired up with his masculine appearance. 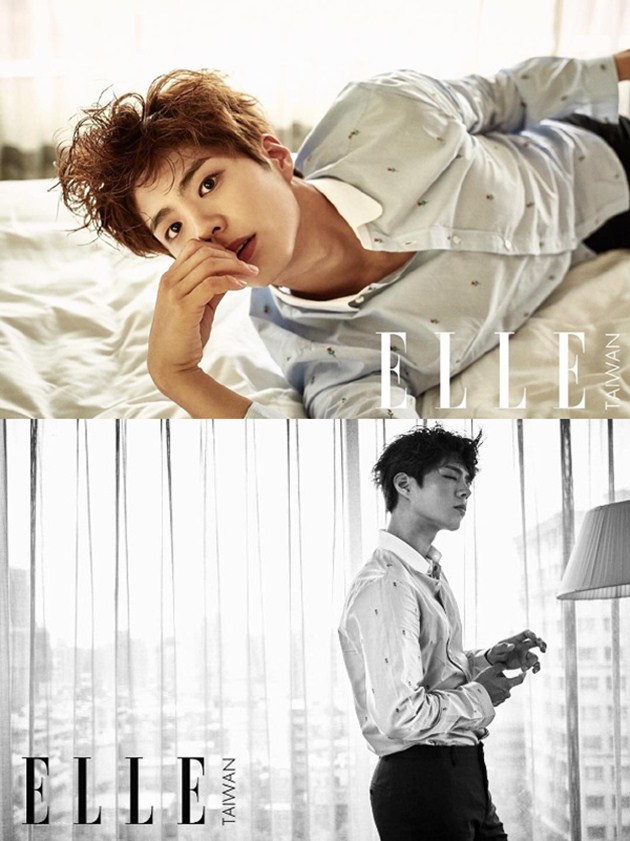 ELLE Taiwan had previously released a preview clip of Park Bo Gum during his photo-shoot.

Annyeonghaseyo to all Elle’s readers. I am Park Bo Gum.

*’Qing duo duo zhi jiao’ is equivalent to Japanese’s どうぞよろしく (douzoyoroshiku), but it can’t really be translated to English.

It is my first time holding a fan meeting in Taiwan, so to me, every moment leaves a lasting impression. You can also say it is a hard to forget and memorable time.

The fans made a video for me using clips from my first debut project to now (Answer Me 1988); they also prepared banners and text cards as a surprise saying, ‘I ❤ you, Bo Gum-ah’. They have also sang ‘Xiao Xing Yun’ (A Little Happiness) for me; all these made me feel really really touched. 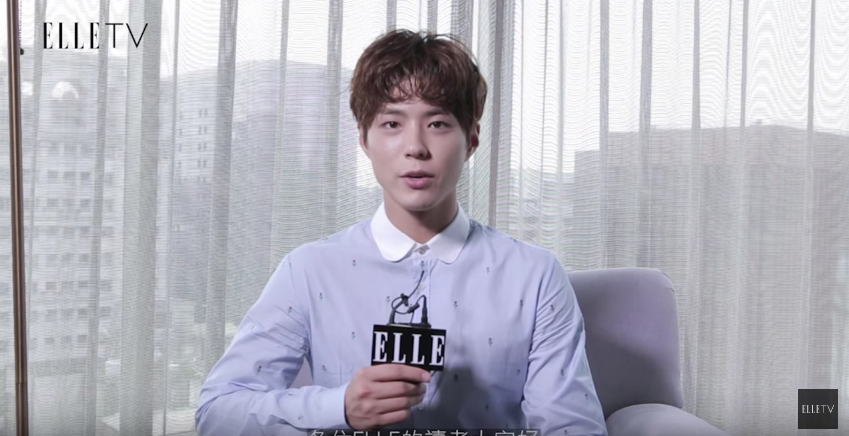