Female soloist Ailee ranks no. 1 in a poll conducted in Germany under the category “Top 10 Female Singers”.

The successful rookie with a powerful voice has beaten popular female singers like BoA, IU, HyunAh, G.NA and others.

Other female singers who were voted in the poll included G.NA, 2NE1‘s Park Bom and CL, Lee Hi and SNSD‘s Taeyeon. 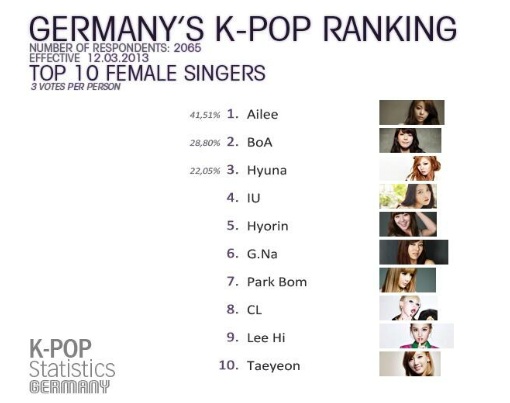 Ailee is one of the rising idol with her successful hit songs like “Heaven” and “I’ll Show You”. She is also known for her appearances in “Dream High 2″ and “Immortal Song 2”.