All you need to know about SEVENTEEN’s ‘2017 Project’!

All you need to know about SEVENTEEN’s ‘2017 Project’!

That is right! SEVENTEEN has been preparing quite a lot of things for the fans in the upcoming months! To get the fans excited for their ‘2017 SEVENTEEN Project‘, they have revealed the schedule! So, check it out below! 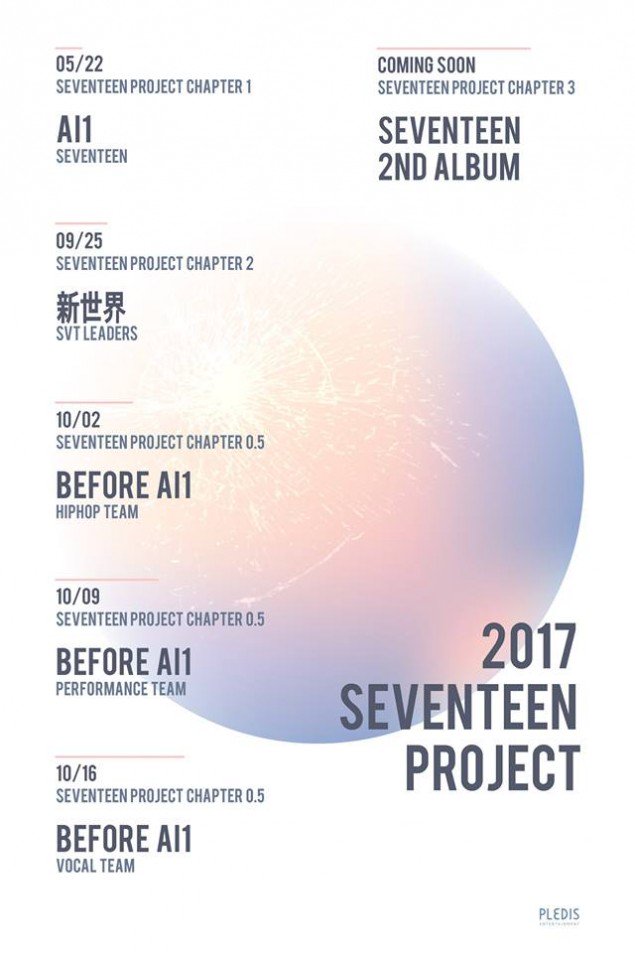 So, like we know, the boys recently had their comeback with ‘A1‘. This is noted as the first chapter! The next chapter will consists of SEVENTEEN‘s unit leaders, where they are involved with the ‘New World‘ project. It is scheduled to drop on September 25th.

It will follow with ‘Before A1‘, which is chapter 0.5. There will be three projects that is involved with this chapter. It will be the Hip Hop Team, the Performance Team and the Vocal Team. It will be exciting to see what these sub-units will show! Their special ‘Before A1‘ project are scheduled for October 2nd, 9th and 16th respectively.

The last project noted is chapter 3. It will mark their second album! No information has been revealed about this second album yet. However, if it is going by the first chapter of this project, it surely will be another exciting comeback for SEVENTEEN. Also, it may be sometime in the year!

So, are you looking forward to what SEVENTEEN will showcase? Let us know in the comments below!