We here at Officially KMusic like to offer important reviews, information, commentary to our readers, as well as the everyday music video, teaser, comeback and debut related articles.

Often you’ll see articles naming the top 10 abs in KPop, or best vocals, or even best leaders.  Well, we decided to do something a little different, one that doesn’t get done quite as often. That is, in fact, a list of the top tushes, you know-derrieres, buttocks, heinie, booty! Come on, you know what I’m talking about: butts!

For the purposes of being fair we are breaking it into two articles, male and female, because it was hard enough narrowing this list down to just 20!  If I had to combine the list, oh my, I would have images of fine looking butts dancing ’round my head for days.  Wait!  That’s not a bad thing!

I thought at first about listing them in order from first to last but honestly after looking at so many tushes over the last few days, these are all winners and I don’t think I could possibly put a number on them.

As it should always be, ladies first for this amazingly bouncy article topic.  Fair warning it might be advisable to take a break after looking at a few of these very shake-able booties!  Cause I know I got dizzy a few times with the addictive-ness of these gifs!

So now, in no particular order, let’s get to it!  The Top 20 Female Tushes in KPop!

Sistar as a whole have definitely gotten a name for themselves as being all the right kinds of sexy! Of course, it doesn’t hurt to have a member like Bora who has jiggle in all the right wiggle places.

Ailee definitely has more in common with American singer Beyonce than just the ability to belt notes out.  She has some nice junk in the trunk and is not afraid to shake it.

A-Pink might be better known for their cute and sweet images, but even among all the pretty party frocks and lace, some of these gals have an outstanding heinie.  Making it to our list is none other than Bomi- she fills those jeans out just lovely in that last gif.

Secret is another group that is well-known for their bagel bodies and perfectly sexy dance moves.  Hyosung of Secret is the perfect example of both of those.  Another lady who isn’t afraid to flaunt what her mama gave her!

This one definitely surprised me!  It’s not like I’m not a fan of 2NE1 and have never seen them dance, but I guess I just never really gave CL’s behind a good look; my bad!  CL definitely has it going on in the posterior!

With so many lovely derrieres to look at in Girls’ Generation, you would think it would be awfully hard to narrow it down to who has the nicest. However, there was definitely a stand-out to me. Perhaps because she’s the main dancer, or it could be some good genes, but Hyoyeon definitely has no problems when it comes to rocking her caboose.

I’m sure you knew that this name was going to make an appearance on this list soon or later.  Let’s be honest, if we are talking about tushes Hyuna has to make the list.  She may not be the most bombastic but she definitely knows how to work what she’s got!

Another formidable lady in the tail end is NS Yoon G and this gal is not afraid to show it.  She rocks the stage when she performs and she definitely loves to flaunt what she’s got.

Well I’m not one to gossip, but girl, Rainbow’s Hyunyoung definitely has a fine set of buns and makes sure we all know it.  Another group with a fine bunch of bottoms but Hyunyoung was a standout in my mind.

Nicole had me mesmerized. Almost in all the gifs I looked at for her, I was amazed by her fine little tush.  I always equate Nicole with the silly girl from Golden Bell so I do find it a little surprising to have her make this list.  I guess even the silly ones can have find keisters.

She may be just coming off a solo endeavor-which I must say she did quite well with- but T-ara’s Jiyeon is not slouch in the tush department either.  Jiyeon made sure that for her solo music video, fans got a good look at all her well-toned glutes.

There is no way that I could compose this article and not include a member from the twerking K-dols!  WA$$UP may have met mixed reactions about their debut, but one thing is for sure: those girls know how to work their booty.  I chose Nari as the best twerking tushie;  have you seen their dance tutorial videos?

Another lady who isn’t afraid to shake what her maker gave her is another of the lovely ladies from Girls Generation, Tiffany.  Whether belting out to a GG classic or rocking out to “Moulin Rouge”, Tiffany is not afraid to flaunt her very fine fanny, no pun intended.

Sistar really know how to work a stage and part of that is making sure they work their defined little tushies.  Joining her sister member Bora on this list is Hyolyn who is no slouch in the rump department either.

Another femme fatale who had to make it to this list is none other than Queen of KPop Lee Hyori.  The vegan lifestyle certainly doesn’t seem to be hindering  the making of a very firm hind end.

From my first time watching “Abracadabra” right up until their most recent release with “Kill Bill“, I’ve come to realize that Brown Eyed Girls love to shock the K-Pop world.  Watching Narsha roll around in the dirt in “Sixth Sense” in just her bottoms was pretty scintillating especially when she fills out the bottoms so nicely. 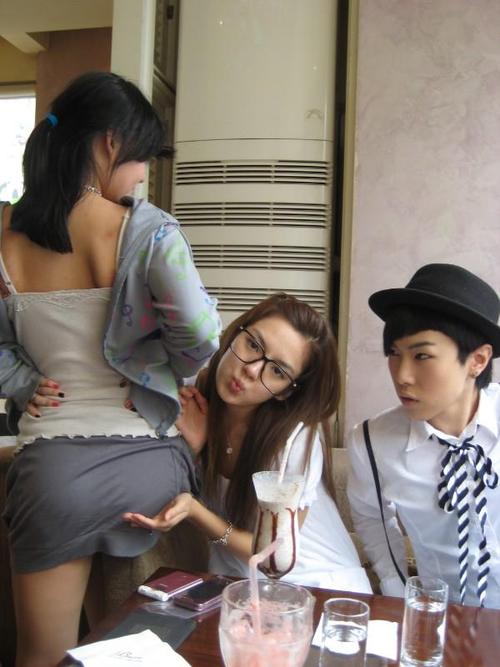 I wasn’t sure about Min at first, since miss A has a fine selection of derrieres and I think most people would expect me to pick Suzy.  It was this last photo that sold me though, I mean look at that fine little tush!

She may be well known for her honey thighs but it’s not the only thing that’s sweet on her.  After School’s UEE is packing it in all the right places. 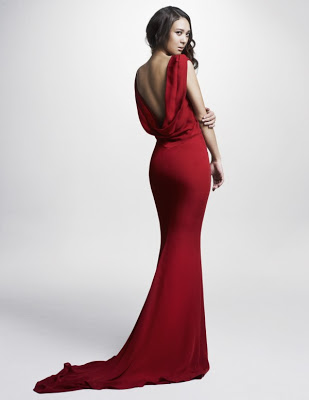 I almost changed my mind and didn’t include Yoon Mi Rae on the list because I couldn’t find a single .gif of her gorgeous tush.  I realized though that that was no reason to keep her off this list.  One of my fellow writers pointed out a valid reason why it was so hard to find good pictures of her bottom.  Tiger JK guards that treasure like a bull dog!

Keep in mind this is just the opinion of a select few of us and we tried to be fair and include worthy candidates.  If you feel we left off some really good ones, make sure to leave us a comment in the section below, who knows, maybe we will do a second booty call!