The comedy flick premiered on November 24th, and since it’s release has battled for the top spot in the weekend box office.’The film trailed closely behind Warner Bros. fantasy film, ‘Fantastic Beasts and Where to Find Them‘ for the number 1 spot. My Annoying Brother’ drew in 640,000 viewers during it’s premiere weekend, and just 5 days after it’s release, the cumulative attendance surpassed 1 million viewers!

Starring actors Jo Jung Seok, and EXO singer/actor, Do Kyungsoo, the film depicts the story about two estranged half-brothers that end up living together due to unforeseen circumstances. In light of the movie’s 1 million ticket sale success, Jo Jung Seok, Do Kyungsoo, and fellow co-star, Park Shinhye took to CJ Entertainment’s official Facebook to post thank you messages to the fans.

Check them out below: 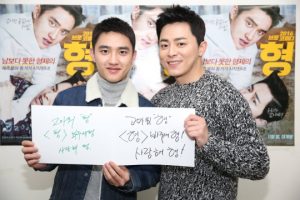 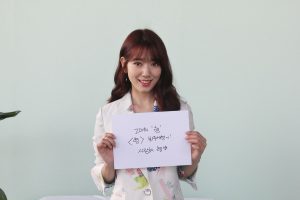 “Thank you “hyung” for watching <Hyung>, I love you hyung.“