On September 18th and 19th, rookie group AB6IX released a set of teaser image and a schedule for their first comeback. Check it out down below! 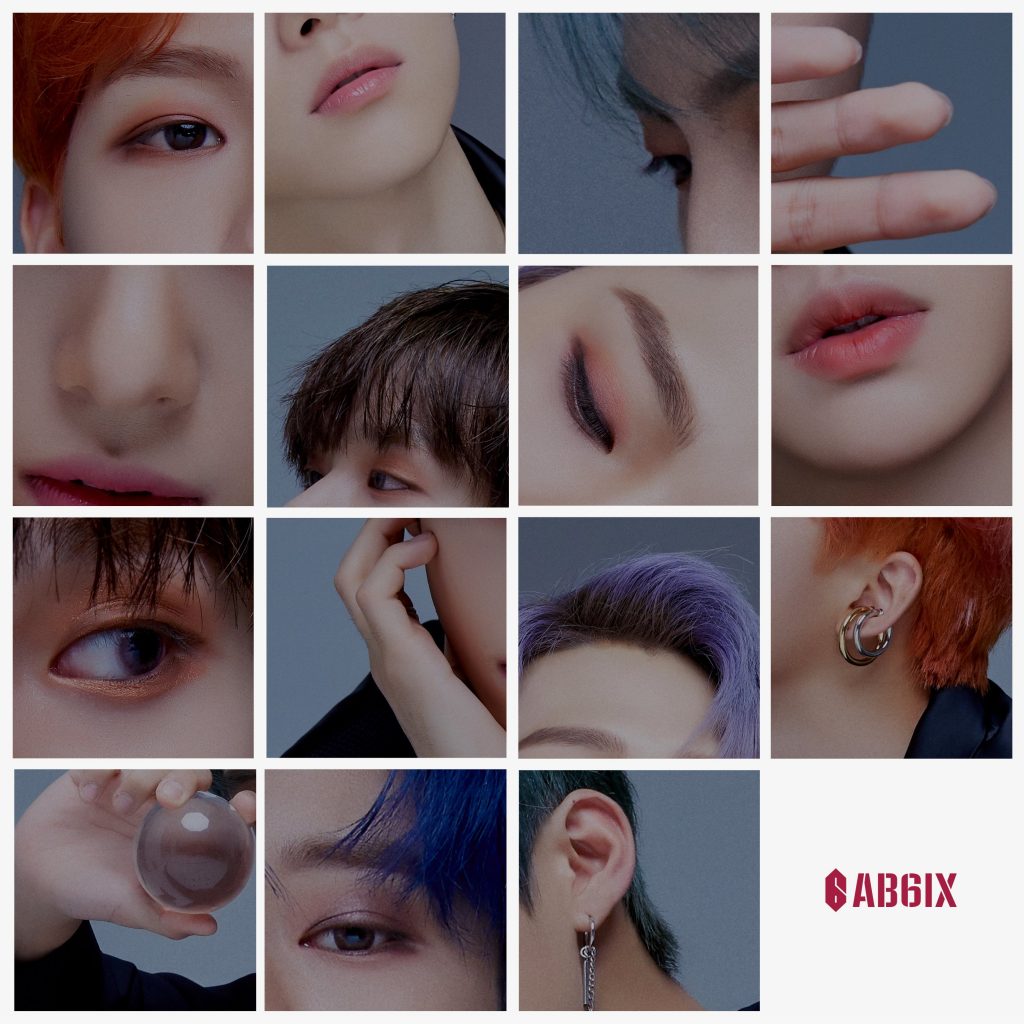 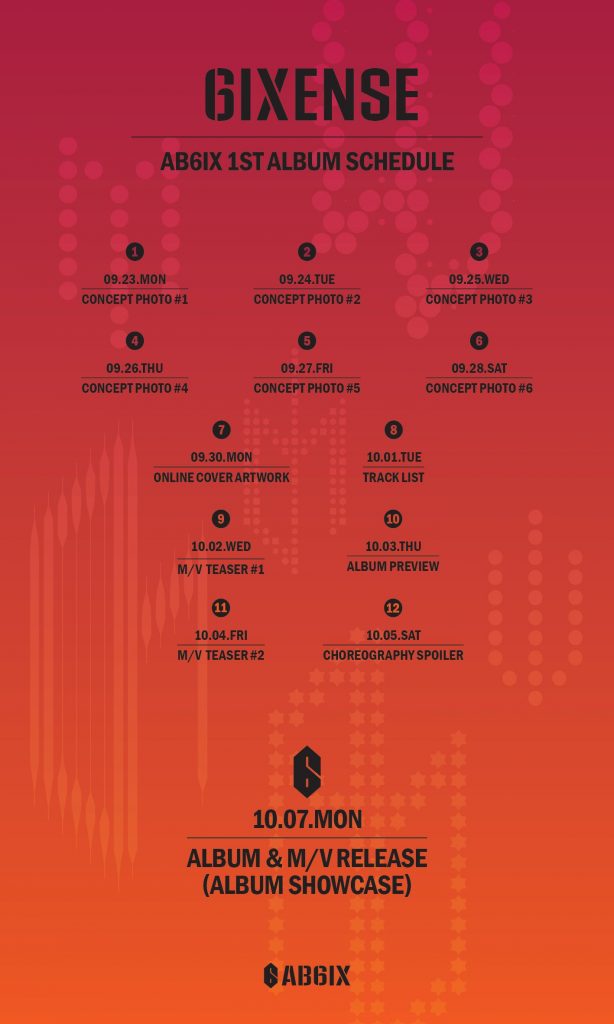 The teaser images show cuts of the members’ handsome facial features with one image giving a darker seductive vibe, and the other being much brighter. The group’s logo is also in its signature shade of red but also a new bright orange.

The schedule has a background gradient of the two colours of the logos in the teaser images. It shows that fans will be getting many teasers before the comeback including six sets of concept photos from September 23rd. Following that, they will release the album art, track list, MV teasers, an album preview and choreography spoiler.

This marks the boys’ return in approximately five months from their debut mini album with title track ‘Breathe’. Are you excited for the group’s comeback? Let us know in the comments below!