AOA , FNC’s girl group, recently got a new subunit named AOA Cream and released teasers, the most recent one being a group picture and a video named ‘Transform’.

This video was released on the 4th of February on AOA’s official Youtube channel.

See for yourself the three angels of AOA Cream posing for the teaser group image and their dazzling ‘Transform’ video teaser. 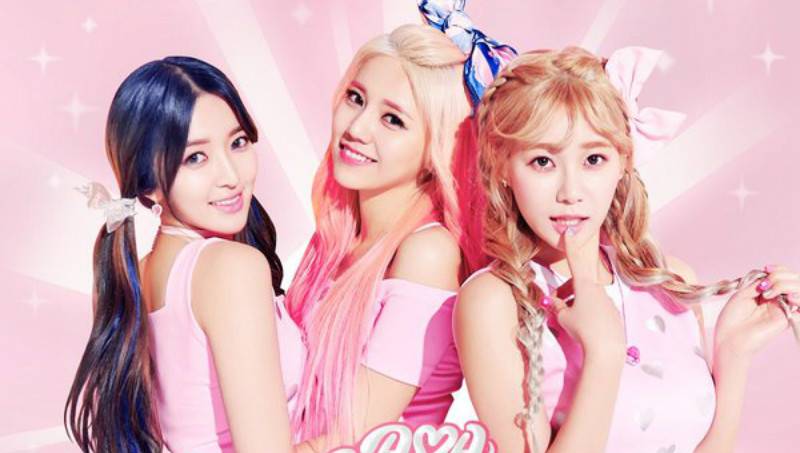 Previously AOA Cream dropped sweet individual teaser images, but now they have released a group teaser image along with a video named ‘Transform’.

With their pink clothes, hairstyles, pink background and poses in the picture they have shown that they can be both cute and sexy.

The video, which was dominated by pink colours, showed the three girls transforming into magical princesses in cute dresses and each one was holding a wand.

The transformation was completed with colourful sparkles, stars, jewelry, a tiara, wands, stars, swirls and hearts.

The group picture only will already catch many their attention because the girls looked very cute, fresh and lively with their cute hairstyles, pink clothes and bright expressions.

This video will most likely trigger interest to many as the name already holds something mysterious and the video images were a bit of a mixture of Barbie and Winx Club with all the fairy tale like effects such as the pink colours, tiara, wands, shoes and necklace.

Are you ready to be swept into the sparkling world of AOA Cream? Let us hear your thoughts!

Officially KMusic brings you all the latest news from Kpop, so stay tuned with us!

Scroll for more
Tap
K-POP Party 2016: Boyfriend and JJCC
Block B Most Likely To return In March!
Scroll