AOA has dropped many highlight medley clips that give fans a sneak peek into their ‘Bingle Bangle‘ album. To have fans engaged, they have also dropped the tracklist and album packaging details. So, check it out below! 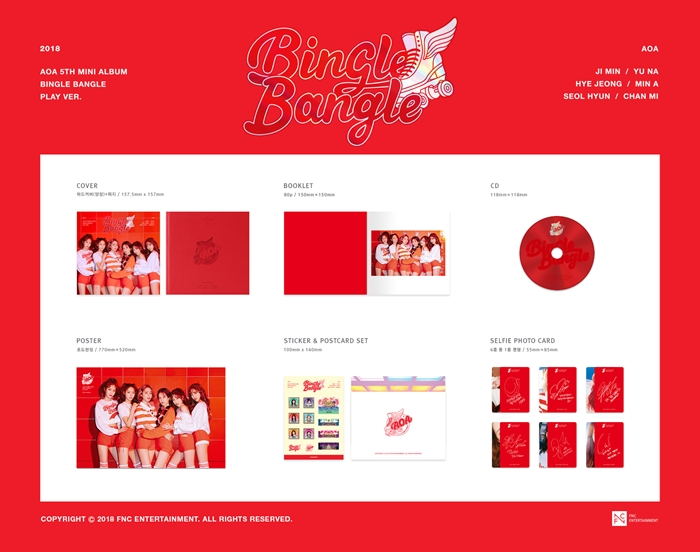 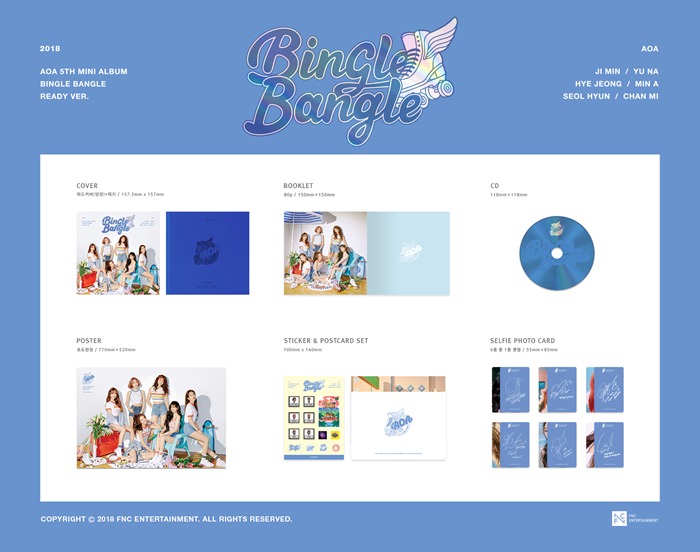 There will be two versions of this album: ‘Play‘ and ‘Ready‘ version. Each version will come with a booklet, a CD, a selfie photo card, a sticker set, a postcard and a poster! 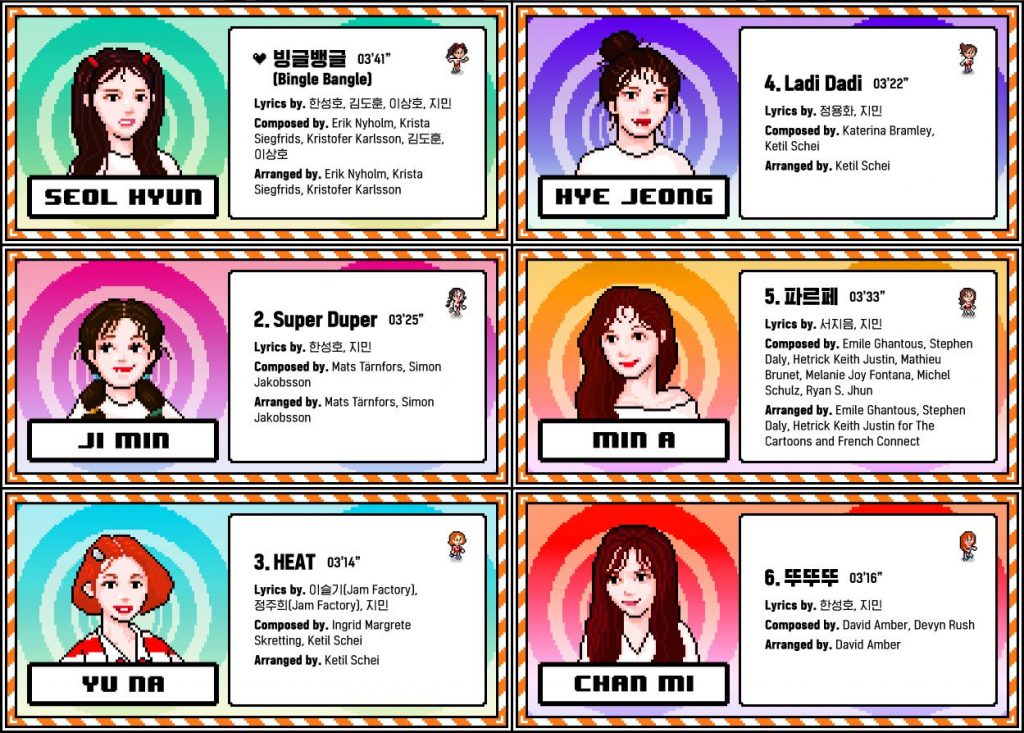 There is a total of six tracks including the title track, ‘Bingle Bangle‘, ‘Super Duper‘, ‘HEAT‘, ‘Ladi Dadi‘, ‘Parfait‘ and ‘Ddu Ddu Ddu‘.

The first medley clip that has revealed is ‘Bingle Bangle‘. This is their title track where it directly corresponds with their title track. Thus, Seolhyun is the one appearing in this highlight clip. The pastel colour is used for her background where Seolhyun shows off her charms and throws hearts to the fans. The track itself is very cheerful and will definitely draw out your happy side!

Jimin is next to show off her hearts! She is seen in the same pastel colour background as she introduces the track, ‘Super Duper‘. This track is quite groovy and it has its soothing and upbeat side. With the track embracing both sides, they have shown a new side to them and fans definitely can’t wait for more!

The final highlight medley to be dropped so far is for the track, ‘Heat‘. Yuna is the one who introduces the song where her cute bob works so nicely with her outfits. This track is much more softer than the other two where the beat is very subtle. This allows their vocals to shine out better and allows fans to enjoy the melody much more!

Meanwhile, AOA will be returning on May 28th. Which track do you like so far? Let us know in the comments below!

Scroll for more
Tap
24K goes all out for their second ‘Bonnie N Clyde’ MV teaser
HYUKOH is ready for their return with ’24: How to find true love and happiness’!
Scroll
Loading Comments...