AoA‘s Hyejeong took control over AoA’s official Twitter and posted a picture showing herself, Jimin and ChoA with very short hair and wearing black robes at a hair salon, giving fans a hint of what to expect of their upcoming comeback. 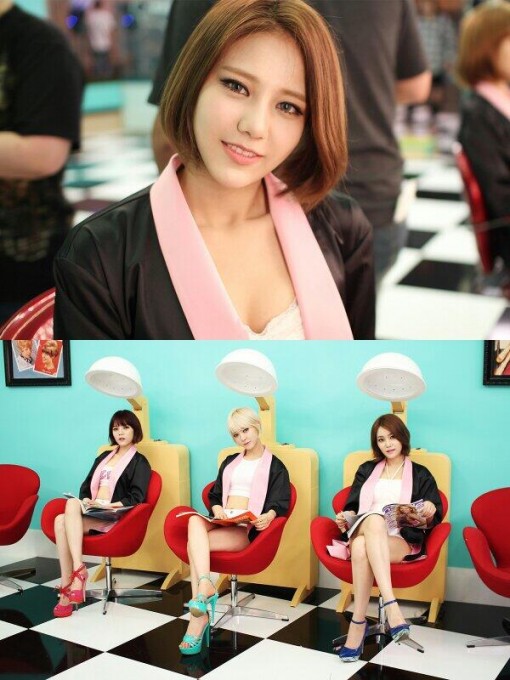 Are you excited for AoA’s comeback?