Apink Are Cute And Festive In ‘Cause You’re My Star’ Music Video Teaser!

Apink Are Cute And Festive In ‘Cause You’re My Star’ Music Video Teaser! 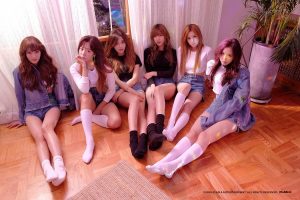 Apink has just dropped the music video teaser for their comeback title track, ‘Cause You’re My Star!’ The title song will be released for the girl group’s special album, ‘Dear.’ This is the first special album release since the girl’s debut 5 years ago and is a thank you to fans for all their love and support. The album is set to release on December 15th!

The girls have also released a highlight medley with snippets of all 12 songs for the upcoming special album.

You can take a listen here:

Are you excited for the girls’ comeback? Let us know in the comments below!