Eunji from Apink has just released her sixth image teaser for ‘Hyehwa: Towards the Star-Shining Flower‘. She will be releasing her third mini album on October 17th. It contains eight tracks, and each track has been accompanied by a teaser image. This new teaser image is for the sixth track ‘B‘. The other tracks are: ‘For the Flower That Shines Like a Star’, title track ‘How Are You’, ‘Like a Season Change’, ‘Box’, “Noticeable’, ‘B‘, ‘Secretary Kim’, and ‘Dawn’. We can expect more teaser images from Eunji soon.

Check out Eunji’s new teaser image for ‘B’ below! 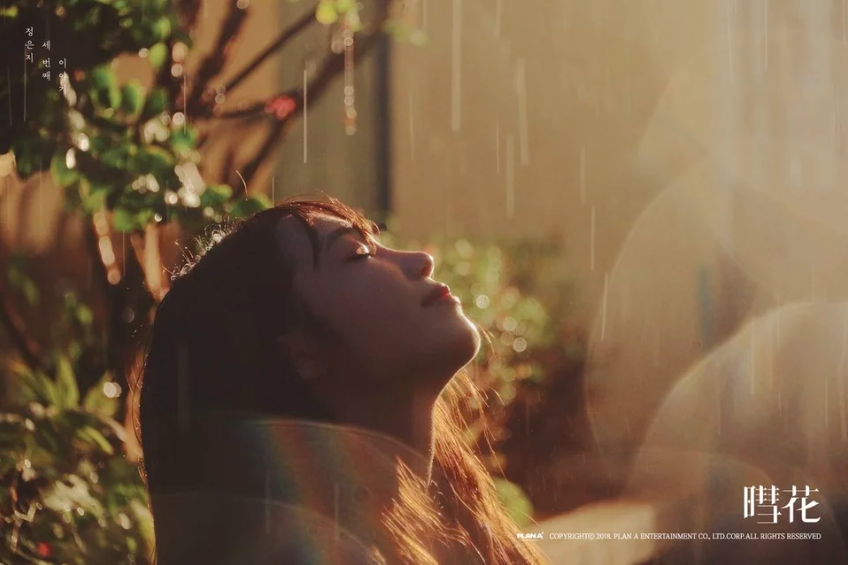 The teaser image shows Eunji facing towards the sky with her eyes closed. She is smiling while the rain falls on her face. The setting seems to be outdoors, perhaps in a garden. The name of her third mini album is displayed at the bottom right corner of the image teaser.

What do you think of Eunji‘s new image teaser for ‘Hyehwa‘? Let us know in the comments below!

Scroll for more
Tap
VAV is ready to embrace you as their ‘Senorita’ in new MV teaser
South Club drop the track list for their third EP ‘Contact Information’!
Scroll
Loading Comments...