Apink‘s Eunji and 10cm have released the album cover for their duet ‘같이 걸어요‘.

The song will be released on April 30th at 6PM KST.

‘같이 걸어요‘ translates into “Let’s Walk Together”. This may not be the official English title but it gives fans an idea about the song.

Check out the album cover below! 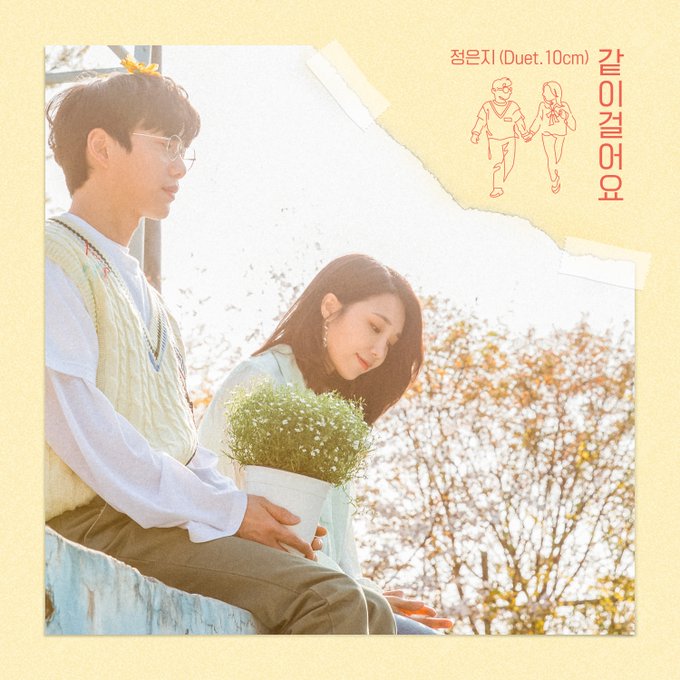 In the photo Eunji and 10cm are seated outdoors. Eunji seems to be staring at her hands hinting that she may be feeling shy. 10cm also has his eyes shut giving off a bubbly, innocent and lovey atmosphere.

The potted plants and flowers in the background give the image a strong spring vibe. The natural sunlight also gives the image a warm feel and the song will likely make listeners feel warm too!

Are you excited for the duet? Tell us in the comments below!

Keep following Officially Kmusic for the latest in music new!