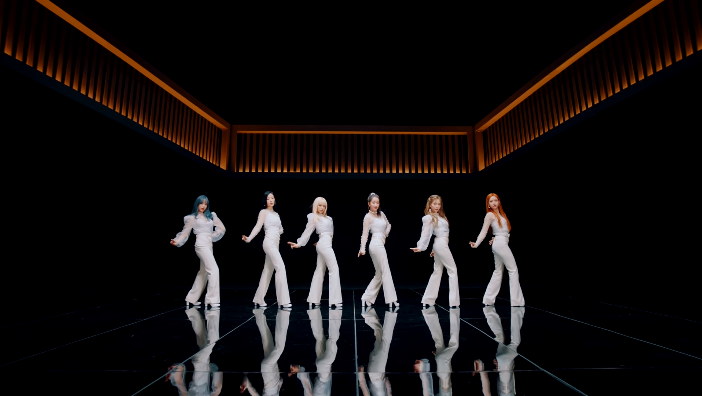 On April 22nd, April released the MV for ‘LALALILALA’, the title track off of their 7th mini album, ‘Da Capo’. Check it out below!

The song starts off with a restrained EDM sound before hitting with a bright infectious disco-EDM punch in the choruses, vocally and instrumentally. Its lyrics describe wanting to always be in a lover’s dream, being the star that shines bright for them.

The MV starts with all the members asleep, isolated, in a testing facility in outer space before following a sequence of events to the end where member Naeun wakes up to find a chip labelled ‘dark dream’ and decides to pull it out. The last scene shows all the members sleeping peacefully together. Throughout the MV, we also see the easy to follow choreography of the chorus mainly which matches with the vibe of the chorus itself.

This comeback marks the group’s return in over a year since their 6th mini album, ‘The Ruby’ featuring the title track, ‘Oh! My Mistake’. It has so far been the group’s best selling release, with the album selling over 3,000 copies in the first day, well above any other April album. More recently, the group sung an OST to the popular MBC drama, ‘Extraordinary You’ whom member Naeun also acted in a main role in.

How do you feel about the ‘LALALILALA’ MV? Let us know in the comments below!

Scroll for more
Tap
GOT7 show off their elegant charms in ‘Not By the Moon’ MV
OH MY GIRL have ‘Nonstop’ fun in their bright board-game comeback MV!
Scroll