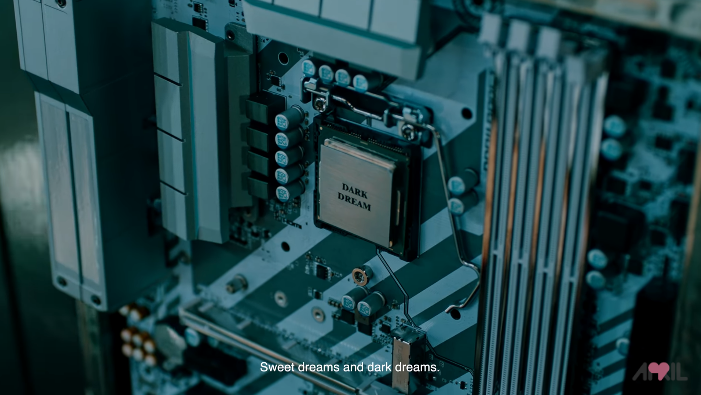 On April 10th, APRIL released a teaser image announcing their April comeback. On the same day soon after, they released a story film giving a basis for its concept. Check them out below!

The teaser image shows a beautiful pink purple gradient with the name of the group’s 7th mini album, ‘Da Capo’. In the background, we see there are also large bubbles floating around.

Moving on to the story film, narrated in English by member Rachel, we see imagery of outer space. The narration details that the definition of a dream is an “unexpected adventure”. We then to a scene where all the girls are sleeping separately, and have been tagged with a bar code, as if they are being monitored by someone else. The film’s ends with the statement that all the members will stay together in their dreams, before wishing the audience a good night. We then see the name of the title track, ‘LALALILALA’ with a catchy synth being played in the background.

Having debuted in 2015, this will mark the group’s comeback in well over a year from their 6th mini album, ‘The Ruby’ and title track, ‘Oh! My Mistake’ released back in October 2018.

How do you feel about APRIL‘s comeback? Let us know in the comments below!