On December 20th, April released a scheduler for their upcoming second Japanese single ‘Oh-e-Oh‘. Check it out below! 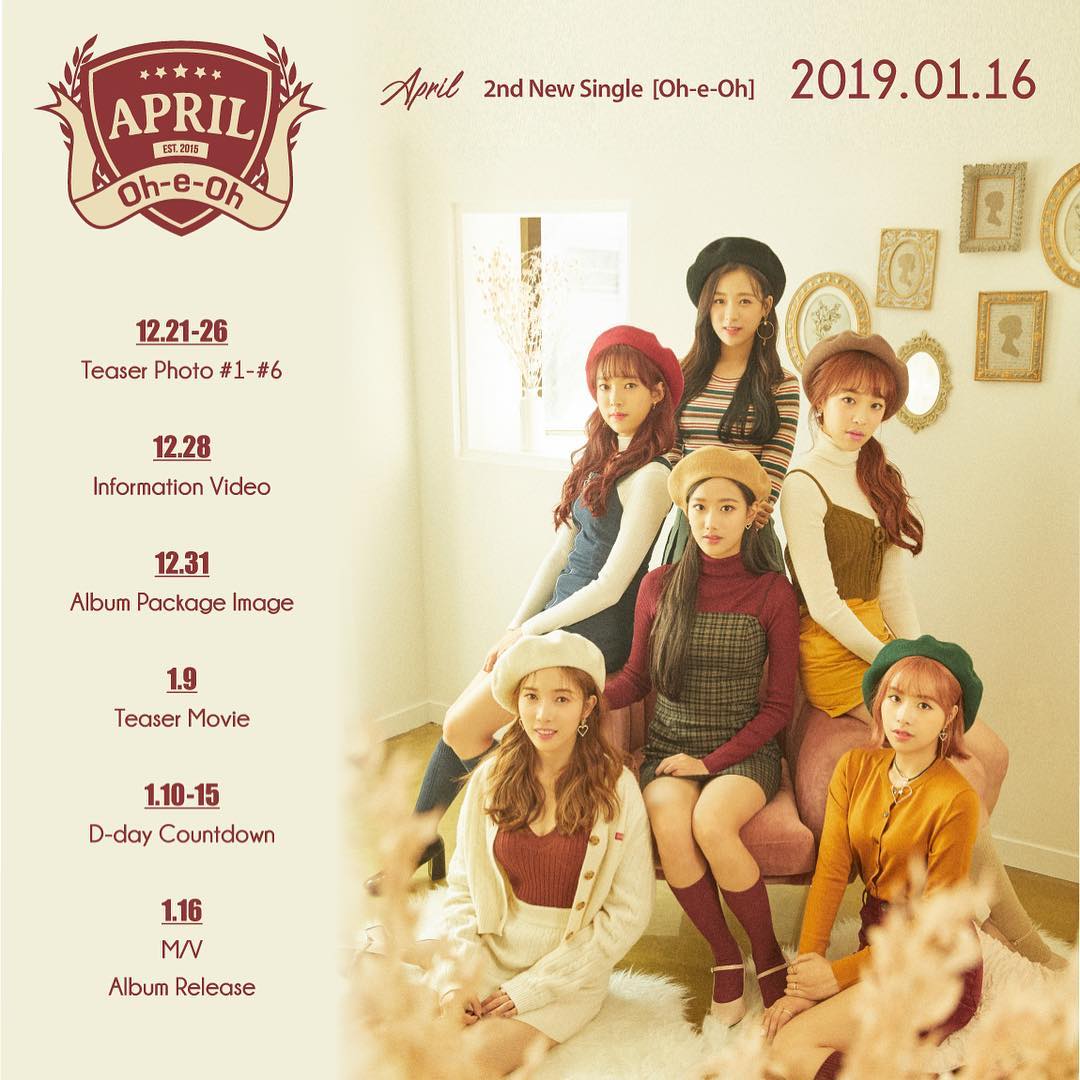 In the image, the six members look elegant as each of them wear a different-coloured beret. Their outfits are simple and minimalistic yet classy. This suggests that their upcoming concept for their comeback will have a similar vibe.

What do you think about April‘s scheduler for ‘Oh-e-Oh‘? Let us know in the comments below.