On December 26th, April released their last individual member image teaser of Jinsol for ‘Oh-e-Oh‘. Check it out below! 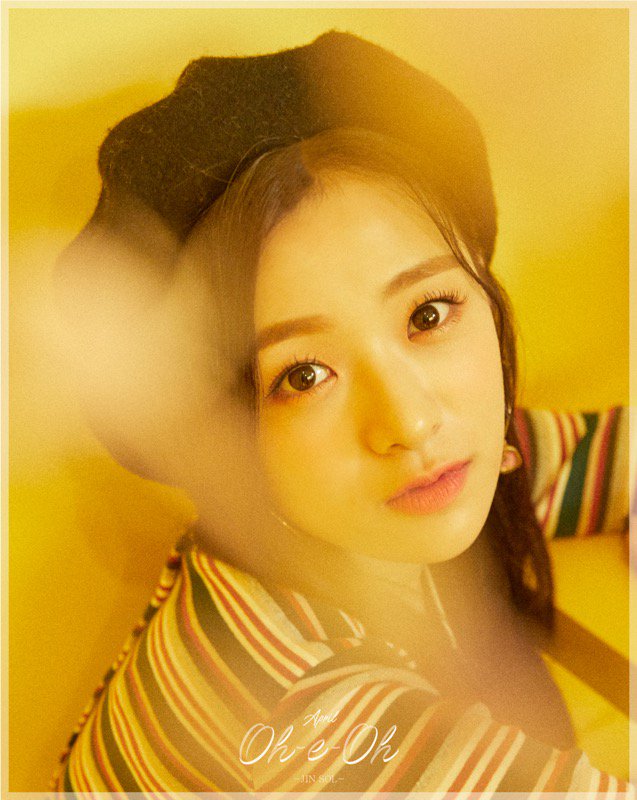 The yellow-toned image teaser shows Jinsol looking straight towards the camera with a cute expression. She is wearing a black beret with a red, white and blue-striped long-sleeved blouse. The warm colours of this image teaser suggests that their Japanese comeback will be upbeat and bubbly. We are likely to see a more playful side of the members with ‘Oh-e-Oh‘.

April will release their second Japanese single ‘Oh-e-Oh‘ on January 16th. According to their previously released scheduler, they will release more teasers for their countdown soon. Stay tuned!

What do you think about Jinsol’s image teaser for ‘Oh-e-Oh‘? Let us know in the comments below.