April will make a Japanese ‘Tinkerbell’ debut in April!

April will make a Japanese ‘Tinkerbell’ debut in April!

April to make a Japanese debut!

Yes, that is right! An April Japanese debut for girl group April is the right thing to happen! The girls are finally making their Japanese debut with a single, ‘Tinkerbell‘. Check out the latest image teaser below! 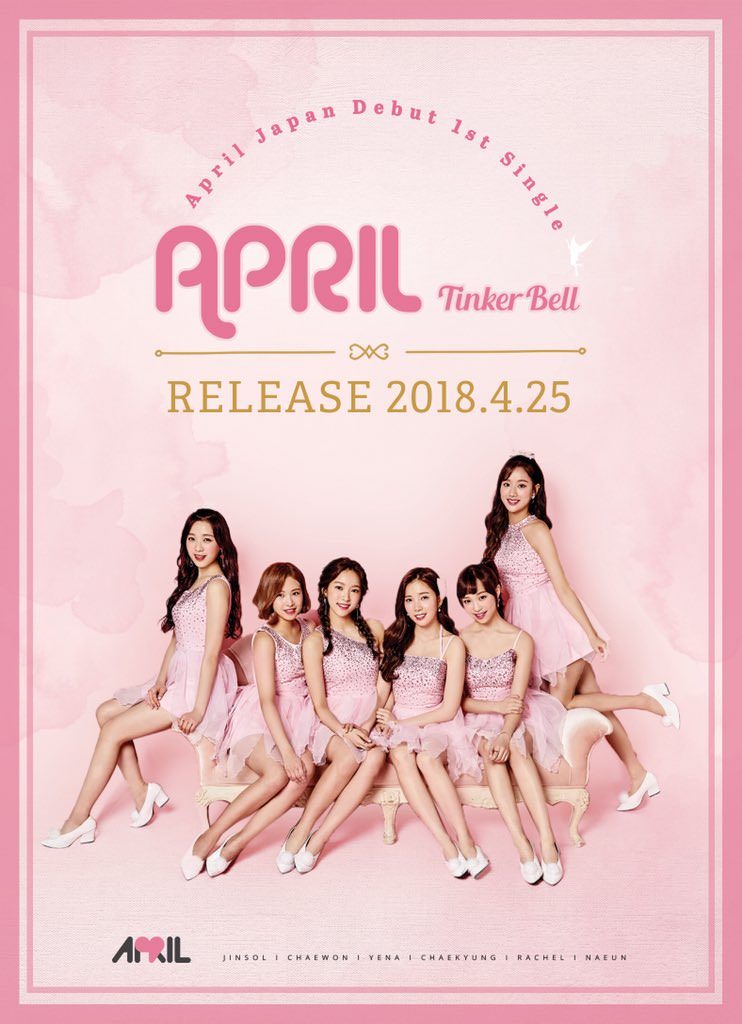 Each member is dressed up in lovely pink outfits. It is a look that works nicely with the group. This kind of concept will fit nicely with a cute and upbeat track!

The girls will also be having a showcase on 21st and start their promotions for two weeks. It will be exciting to see their debut! They recently released a fifth mini album, ‘The Blue‘ on March 12th. Now, April will make their Japanese debut on April 25th. Are you excited? Let us know in the comments below!