ASTRO will fly to a ‘New Destination’ for new teaser!

ASTRO will fly to a ‘New Destination’ for new teaser!

ASTRO is ready to fly to AROHA. That also means that they are finally making a comeback! 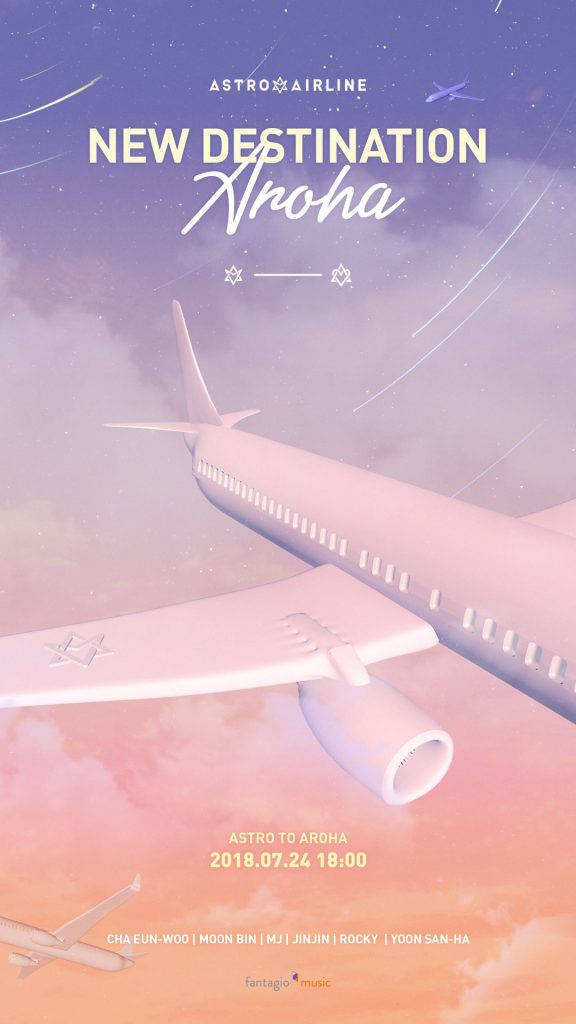 As many knows, ASTRO had revealed that they will be returning with a special album before the end of this month. In the poster above, we see the following words: “ASTRO Airline – New Destination ‘AROHA’“. It is clear to see that this special album will be dedicated to their fans. It also looks like AROHA has their own symbol which is a play on ASTRO‘s symbol with a heart instead. Going on from those words, we get to see a personalised plane where the beautiful sunset helps to highlight the light summer comeback they will do. It definitely has fans excited to see them do a new kind of concept!

Meanwhile, ASTRO will be returning with a special album for their fans on July 24th. Are you excited? Let us know in the comments below!

Scroll for more
Tap
Jeong Sewoon gets ready to make a summery return!
Hyolyn to rock the summer with her third ‘SET UP TIME’ comeback!
Scroll
Loading Comments...