Upcoming boy group ATEEZ has just released a new concept photo ahead of their debut. They will make their debut on October 24th. Their debut album will be called ‘Treasure Ep.1: All to Zero‘. Following their comeback schedule, they will soon release individual members’ concept photos in the coming week. They were formerly known as KQ Fellas, as they are under KQ Entertainment. 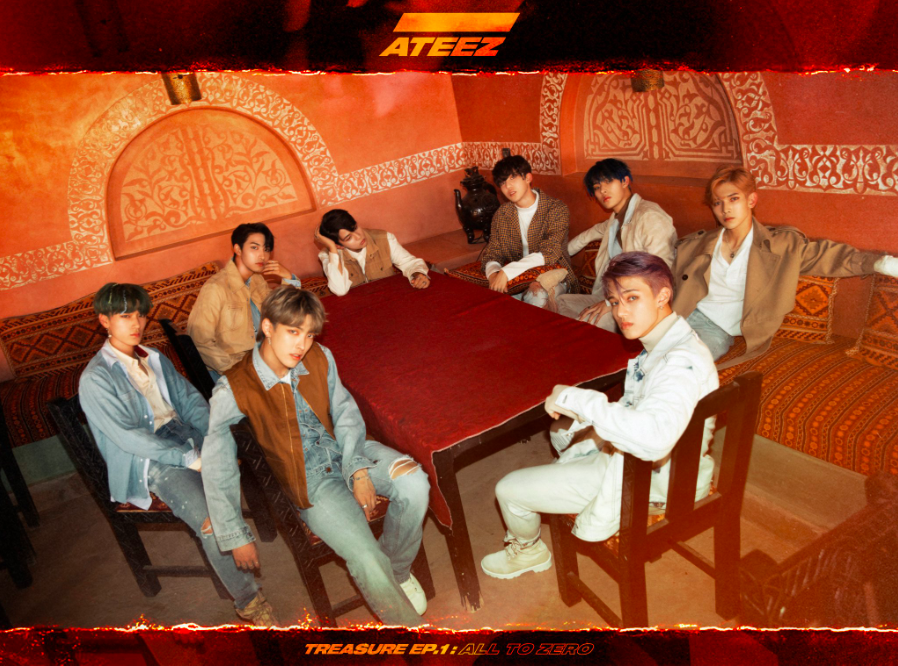 The concept photo has a red and orange tone, especially in the background. The members are sitting around a wooden table while looking towards the camera. They are dressed in clothes that we normally seen in Western movies, for example brown leather coats and lots of denim.

What do you think of this concept photo? Are you looking forward to ATEEZ‘s upcoming debut on October 24th? Let us know in the comments below!