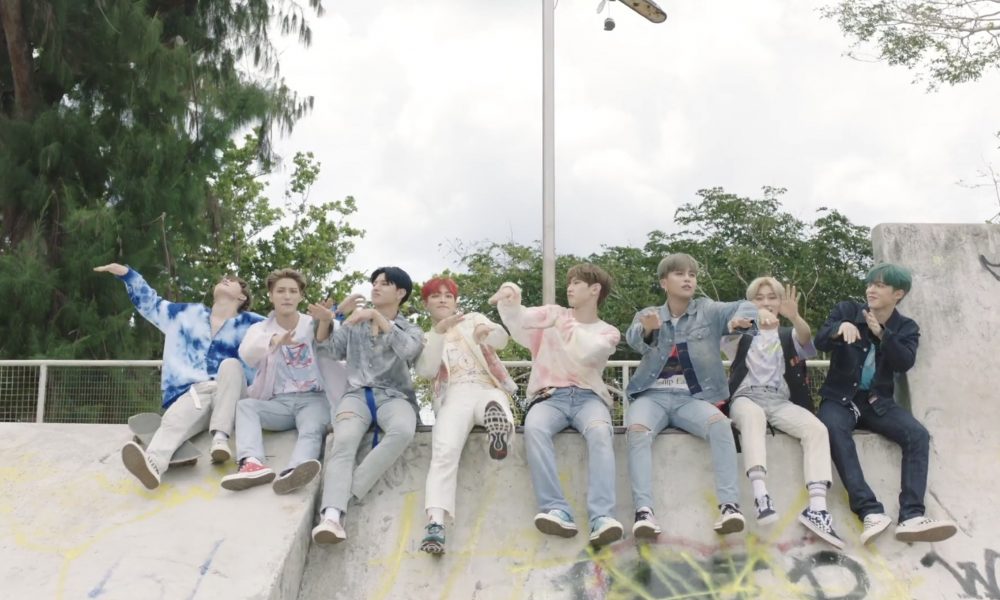 As people thought ‘Illusion’ was the winner, ‘Wave’ wasn’t too far behind, and the group will be releasing both MVs.

The MV for ‘Wave’ starts by showing a birds eye view of the beach panning down, then shows each member one by one as it starts to show them all having fun on the beach, skatepark and grocery store and ends with a back view of the members sitting in a line watching the sunset on the beach.

The full release will be at the same time as their other full MV release of ‘Illusion’ which will be on the 10th of June this year at 6pm KST! Check out the MV teaser to ‘Wave’ below:

What are your thoughts on ATEEZ ‘Wave’ MV teaser? Are you looking forward to the full release of both music videos? Let us know in the comments below!