B.A.P’s agency TS Entertainment have surprised fans by issuing a blue and white security warning from the band that looks suspiciously like the Microsoft Windows ‘blue screen of death‘.

At the bottom of the post is a hex colour code that reads as STOP: #OOOOOO (Black), #FFOOOO (Red/Rose) and a Morse code message which translates to read ‘And Blue’.

Check out B.A.P’s security warning below: 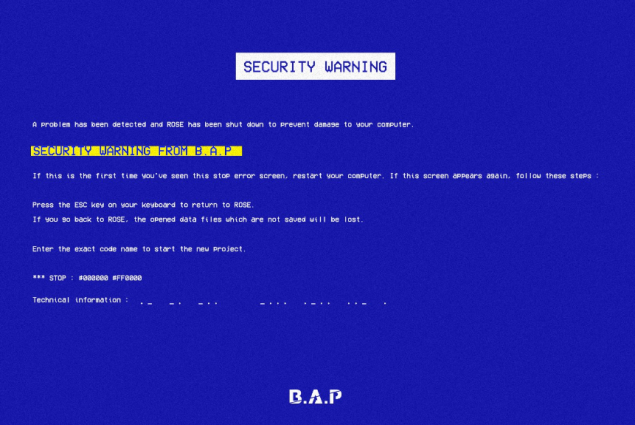 B.A.P have previously used hex codes for their album releases ‘Noir’ and ‘Rose’.

No doubt we will see more teasers, and an explanation of the security warning from the band in the lead-up to their comeback.

What are your thoughts on the security warning from B.A.P? Let us know in the comments below.