Yesterday, with the release of their second mini album along with their music video for “One Shot,” B.A.P left their fans in a boiling excitement! 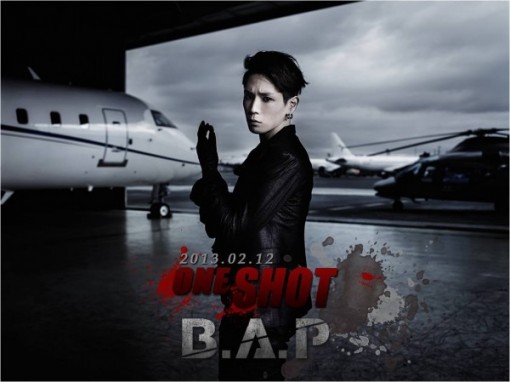 Unfortunately, in relation to their latest comeback ten days ago, member, Himchan, injured himself by slipping and falling while trying to get into a car and has broken both his ring and pinky finger on his right hand. Himchan has received surgery due to the injury and is currently recovering at his parents’ home.

Advised by the hospital to take rest, Himchan has to wear a partial cast around his hand and wrist for the time being. Therefore, to his disappointment Himchan cannot take part in the ‘push up’ dance move as well as other powerful choreography of the group’s “One Shot” performance which will make it difficult for him to perform on stage. And while he recovers, the other members might have to stand on stage without him.

“More so than anyone else, Himchan and his members are feeling the most upset about this situation… Especially since it was thought that B.A.P could show off a new side to themselves through this ‘One Shot’ promotion, and the six members have worked harder than ever to prepare for this album, it seems their disappointment is great,” commented TS Entertainment.