B.A.P‘s new album “One Shot” has become a big hit.

Billboard recently released the updated World Albums chart for the week of March 2nd. B.A.P’s newly released One Shot album stood at the number one spot.

The Billboard World Album Chart is ranked by the sales data put together by Nielsen SoundScan.

The new album “One Shot” was able to top the World Chart as soon as it appeared.  B.A.P’s rise in the iTunes charts in several countries also shows their success.

On February 23rd and 24th, B.A.P will hold their first exclusive concerts. 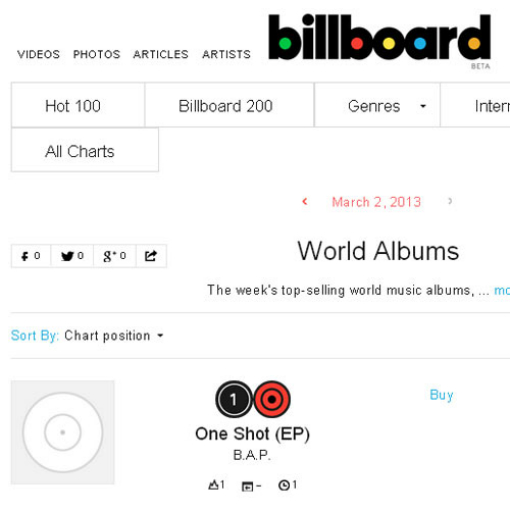 Scroll for more
Tap
Dal Shabet’s Jiyul in Tears over the Judge’s Criticism of her Dish
Krystal has a Crush on Eunhyuk?
Scroll
Loading Comments...