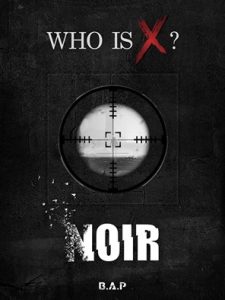 On October 18th, B.A.P dropped a mysterious teaser on their official SNS titled ‘Noir.’ It’s been about 8 months since the group’s comeback last February, and it looks like this time around the concept is going to be very different from the ‘Feel So Good’ era. From the teaser image the words “WHO IS X?” can be seen with a target in the center aimed at a sillouette in the distance. The teaser alone fits the “noir” genre perfectly with hints at a comeback full of action.

What are your thoughts on the ambiguous teaser? Let us know in the comments below!