After releasing a mysterious trailer, ‘From Noir‘ a few days ago, B.A.P has dropped yet another teaser. This time around, the teaser released was an image of a puzzle with one piece cut out of a rose. What is also interesting to note is the calendar in the background with the focus on the month of November. This is the month that ‘Skydive‘ from their previous album ‘NOIR‘ was released. 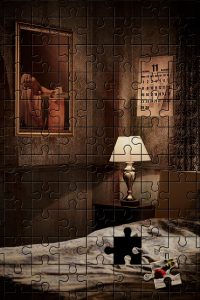 The past few teasers are definitely signs for a comeback. It seems that everything will come to light on March 7th 2017, so be sure to follow Officially KMusic for more updates!

Written and edited by: Gigi E.

Scroll for more
Tap
BigFlo Is On The Road To ‘Stardom’!
Krystal And June One Kim Drop Music Video For Collaboration Project ‘I Don’t Wanna Love You’
Scroll
Loading Comments...