After releasing the first set of individual concept teasers for the first 4 members, B.A.P recently dropped teaser photos for the remaining members: Himchan and Zelo! From the photos it seems that there is a similar focus on specific objects in the photos as seen in the past individual teasers for this ‘Noir‘ comeback. In Himchan’s photo, the target shows focus on a pen and for Zelo’s photo, there is focus on a gun. This also ties into the first teaser image released which asks, “Who is X?.” It’s exciting to think about what fan theories will come about from these mysterious targets. 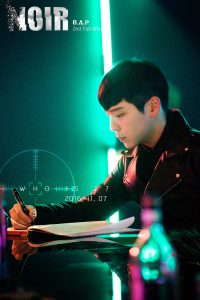 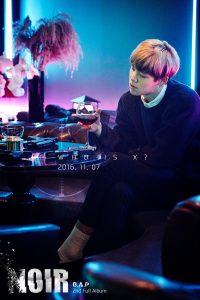 In addition to the individual concept photos, TS Entertainment released details on the upcoming showcase for B.A.P’s comeback. The Showcase will be held on November 7th at the Blue Square Samsung Card Hall. Check out the details below: 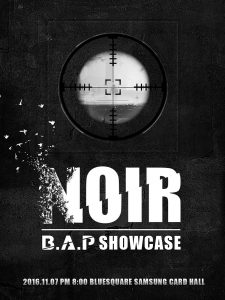 * Only the members of B.A.P Official Fanclub BABY 3rd Term are allowed to reserve tickets in advance.
* General admission only proceeds when the tickets are still available after Fanclub pre-purchase.

Let us know what you are excited most about this comeback in the comments below!

Stay tuned with Officially KMusic for all the latest news in Korean entertainment!