B1A4 celebrated the anniversary of the fan club, BANA, through their Instagram!

The boy group celebrated their fifth anniversary this year in April and thanked their fan club through two posts on their official Instagram account. 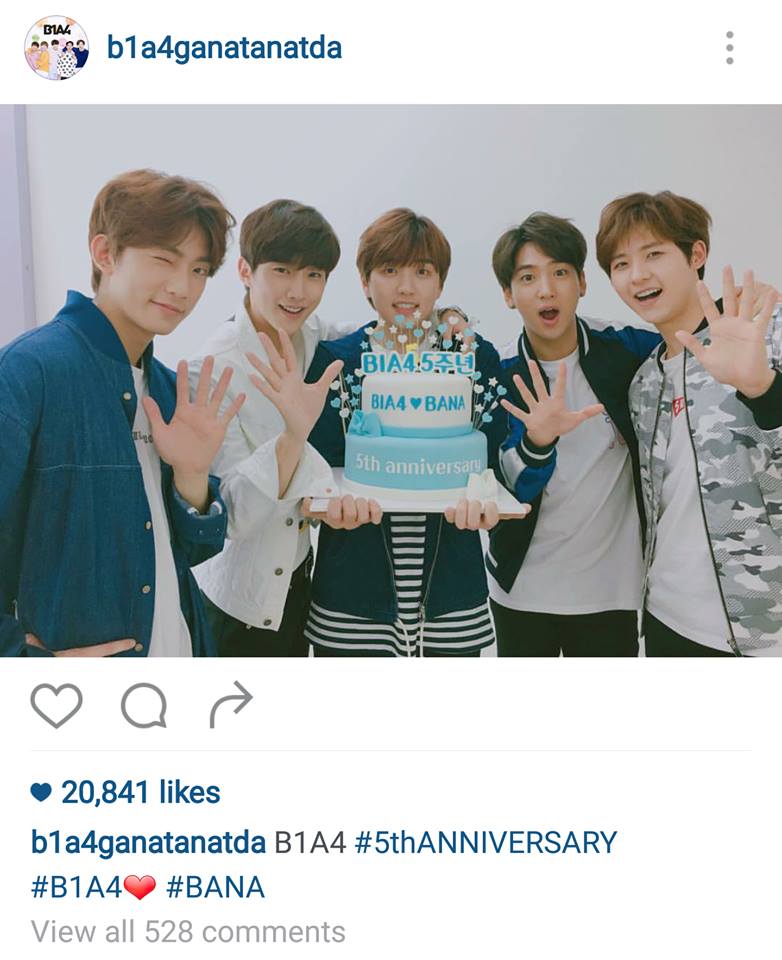 Their two posts were followed up with the following caption, “BANA #B1A4 #BANA #LetsBeTogether #Always #WeAreOne” and “#HAPPYBANADAY.”

One of the posts shared a photo of the group forming the word “BANA” with their hands, whereas the other photo showed the group embracing each other playfully. 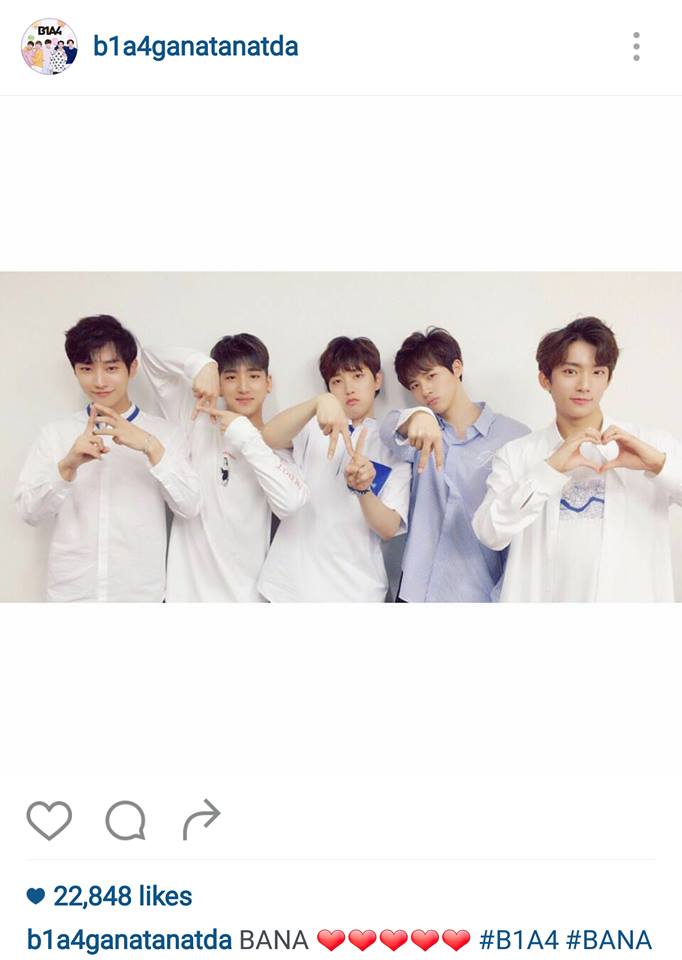 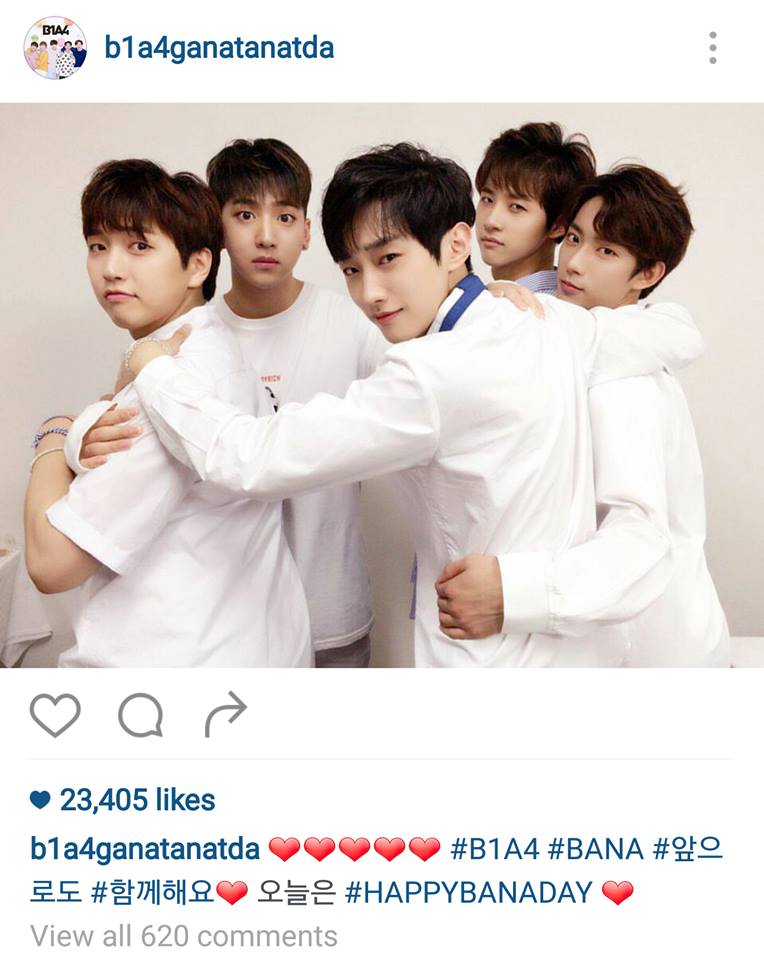