WM Entertainment have confirmed the comeback date for B1A4 and have released a comeback schedule.

The agency released a statement saying, “B1A4 will be making a comeback on September 25.  Their new title track has been composed by Jinyoung.”

They subsequently released a comeback schedule which gave us a little more insight into the comeback.  The album will be called ‘Rollin‘ and will be the group’s seventh mini-album.

Take a look at B1A4’s comeback schedule released via Twitter 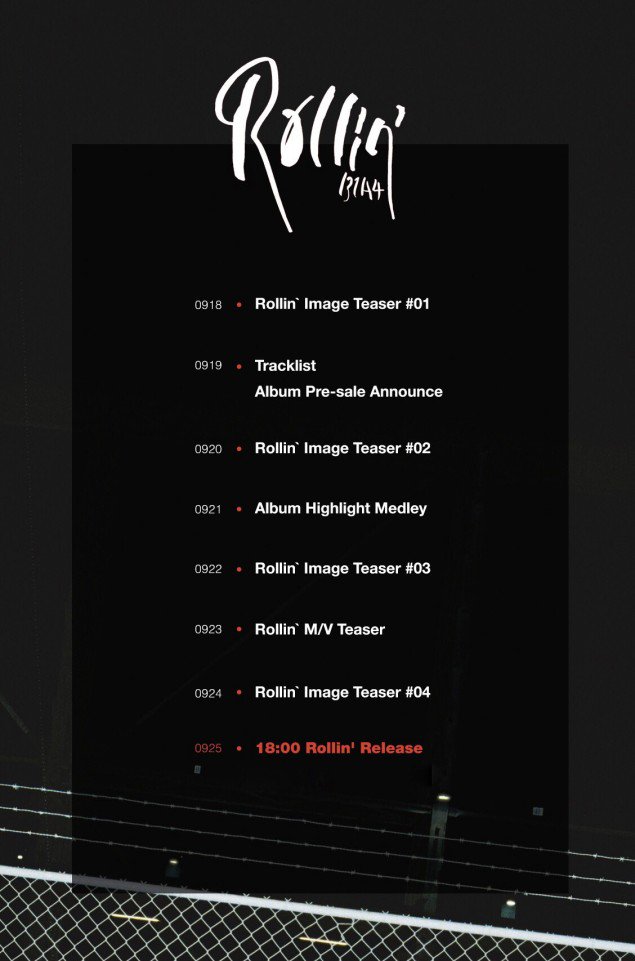 According to the schedule we can look forward to the first teaser image for ‘Rollin‘ on September 18.

What do you think of the news of B1A4‘s comeback?  Are you excited to hear ‘Rollin‘?  Let us know in the comments below.

Scroll for more
Tap
BTS share more of their ‘DNA’ with us
Jam with Yoon Hyun Sang in ‘Silhouette’
Scroll
Loading Comments...