After 2 years, or 756 days, B1A4 has finally won their very first mutizen award on a Music Show.

They were nominated alongside Lee Hyori, who has recently made a comeback with “Miss Korea‘ and ruled most of the Korean music charts, and 4Minute.

When they saw the results they couldn’t hide their tears of happiness. BANAs have also showed their pride of being B1A4’s fans by making #B1A41STWIN trend on Twitter. 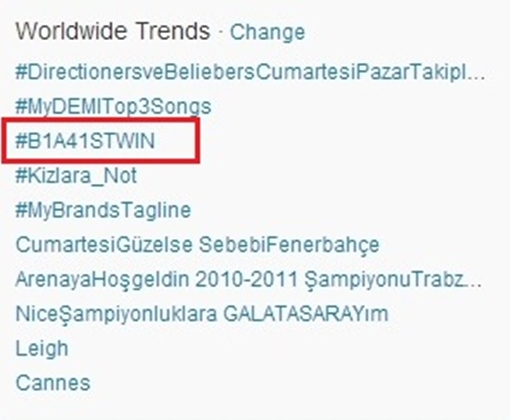 B1A4 made a comeback with with their 4th mini-album and its title song, “What’s Happening?” that was written by the group’s leader, Jinyoung himself.