B1A4’s Jinyoung Succeeds in Both Singing and Acting

B1A4’s Jinyoung Succeeds in Both Singing and Acting

B1A4‘s leader Jinyoung has become one of the hottest and most popular idols, succeeding in both singing and acting.

Jinyoung transformed into a rocker for the movie Miss Granny. His character shows his charisma and also his cute side as a rock band leader. Audiences are captivated by his uniquely charming character, especially the fans of B1A4 called BANAs.

He wrote the ending song of the movie Miss Granny, showing off his talent as a singer-songwriter. 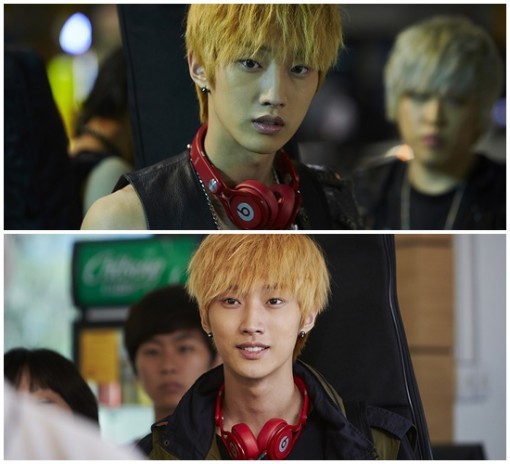 The movie director Hwang Dong Hyuk commented, “He had a very serious attitude towards acting from the beginning. It was hard to tell if he is originally an idol or an actor at the filming site due to his passionate acting.”

Jin Young also said, “I learned so much by acting alongside seniors such as Na Moon Hee, Park In Hwan and more. I’m happy to have been a part of a project like this.”

Miss Granny is on its way to selling almost 5 million tickets.

Scroll for more
Tap
Kim Yoo Jung to Star in the American Movie “Room 731”
BTS Want To Be A “Boy In Luv” In New Teaser
Scroll
Loading Comments...