October is shaping up to be the month of the comeback in the Korean entertainment industry!

Joining the lineup today is renowned ballad singer Sung Si Kyung. His upcoming digital single, which was announced on October 7, is expected to be released by the end of the month.

Sung Si Kyung‘s agency Jellyfish Entertainment has suggested that his next release will be one of his most memorable, as it will clearly show his unique style as an artist. It will showcase Sung Si Kyung‘s soft, sweet vocal tone in a song perfect for the fall season. 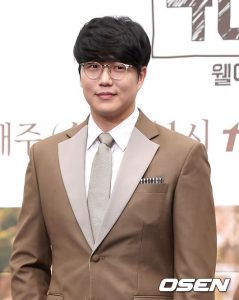 This next release will be Sung Si Kyung‘s first new music since his album ‘The First‘ came out in 2011. Since then Sung Si Kyung has also released a Christmas album entitled ‘Winter Wonderland‘ in 2014, and has worked on the OSTs for dramas such as ‘Reply 1994‘, ‘My Love from the Star‘, and ‘The Legend of the Blue Sea‘. His upcoming album has been described as “a gift for the fans who have waited for his music”.

With such a large gap between his last release and this, there is sure to be a lot of excitement building for Sung Si Kyung‘s comeback!