WM Entertainment‘s latest soloist and also known as B1A4 Baro‘s sister, Cha Yoon Ji, is finally due to debut this month! She won’t be going with her real name but rather with a stage name, I. Her official debut will be on the 12th of January and she will be releasing her 1st mini album, ‘I‘, which consists of 5 tracks. This includes the title track, ‘If You Want It Enough, It Will Happen‘, ‘Starchild‘, ‘I Dream‘, ‘All Right‘ and ‘My Melody‘.

Check out the track list below for more information! 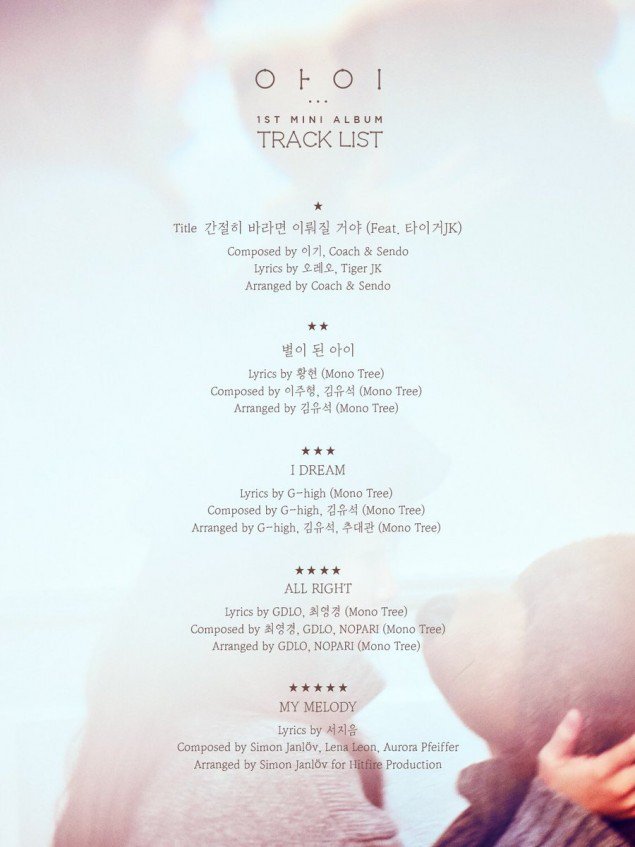 Cha Yoon Ji will be debuting on the 12th of January so be sure to keep up with us for more updates on her debut!

Are you excited to hear what she has in store? Let us know in the comments below!