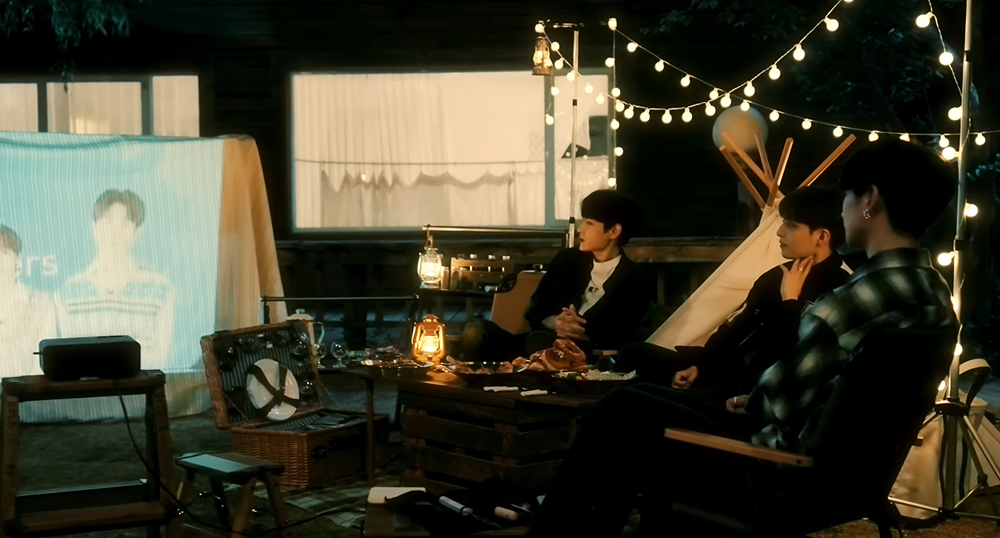 On June 15th, BDC released the music video to their latest single, ‘Blue Sky’. The track comes off their single album of the same name. Making their return in 10 months from the conclusion of their ‘Intersection’ album series, their last track was ‘Moon Walker’ back in August 2021. Being the largest gap between comebacks since the trio’s debut, they deliver a soul filled ballad.

Uncommon as a title track in K-pop, the ballad effortlessly showcases the group’s three strong vocalists. Its transcending orchestral elements add grandeur to the piece, with the harmonised vocals being light, airy, yet emotional. The music video is seemingly stripped back to reflect the vibe and focus all attention to the song. Reminiscing by watching clips during their debut days, the 2019/2020 debuted group reflect and camp out together. Gathering on the rooftop under the navy night sky, the city lights shine behind them as they stand united, singing their hearts out.

How do you feel about the boy group’s first 2022 return? Let us know in the comments below!

Scroll for more
Tap
BTS state the best is ‘Yet To Come (The Most Beautiful Moment)’ in their highly anticipated comeback MV!
DAWN acts ‘Stupid Cool’ in his peculiar comeback MV!
Scroll