Begging On His Knees: Jackson Wang Begs Fans To Give Him Space

Begging On His Knees: Jackson Wang Begs Fans To Give Him Space

In K-Pop it’s not uncommon for fans to wait for their favorite groups when they arrive at the airport. In the past few months, several idols have been victims of crazy behavior from different incidents all causing scary situations. Early September Got7 member Jackson Wang was a part of this behavior, as fans chased his van causing the vehicles to crash. Jackson sustained some minor injuries, but luckily no one was seriously injured.

While on a recent trip to China, Jackson endured even more of this behavior from so called fans. They mobbed him and his staff, making it impossible for them to maneuver through the crowded airport. Fans captured many photos and videos of Jackson begging for people to give him space. The photos and videos capture the chaos that idols unfortunately have to deal with after long flights. 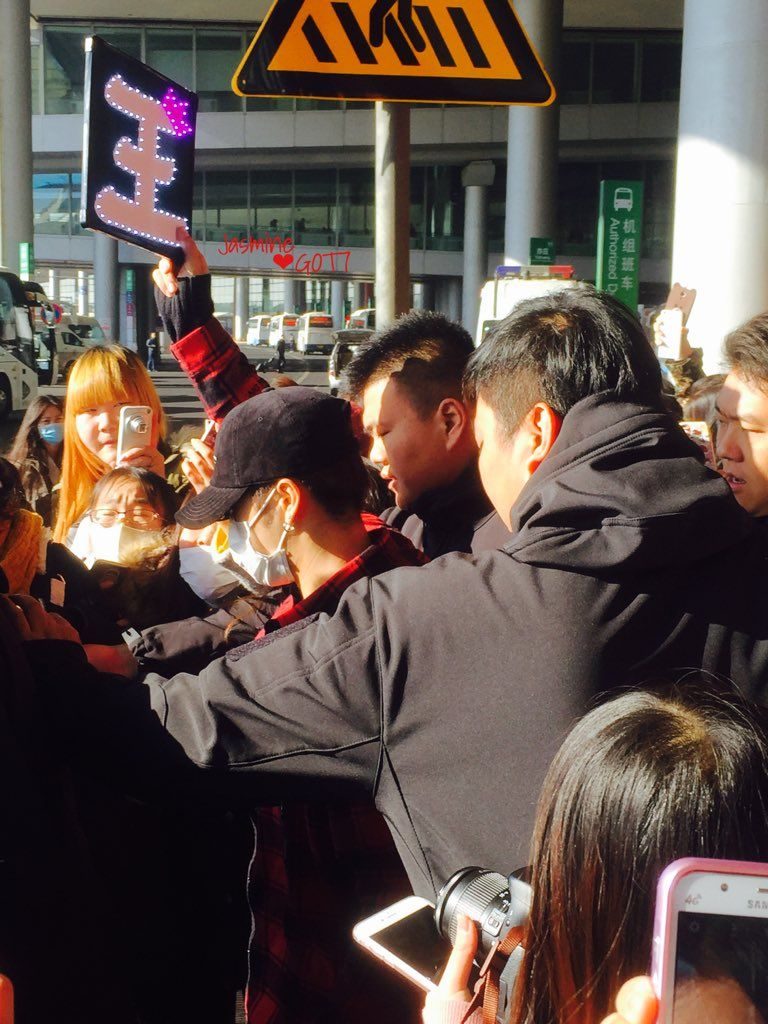 In the footage above, Jackson is seen motioning for fans to go ahead of him. He also speaks to them saying, “Can you listen for once? Do I need to get down on my knees?”

On a video taken on the 9th of December, an exhausted Jackson is seen trying to get through a crowd of fans. Fans who were watching the scene unfold, began to yell telling people to give Jackson space.

Look at how tired Jackson Wang was already?Can’t those people give him some space?There was a girl asking them to move back
cr. 一桶芋头酱for_BTS pic.twitter.com/1nQpdr0c6t

This kind of behavior has caused JYP Entertainment to begin threatening the use of blacklisting to fan sites.  This has even affected international tours for Got7, issuing strict guidelines to fans overseas to follow or else risk future show dates in their cities. This warning went beyond Got7, and was issued for the rest of JYPE artists.

While Jackson is not the only idol who has the unfortunate encounter of a pushy mob, it is scary that idols have to endure this to begin with. It should not be on the artist or their label to issue a warning to fans, telling them to maintain a respectable distance. Fans should respect the personal space of all idols, even if they are in a more intimate setting with them. In times like these, fans need to unite to combat behavior like this. Keeping your bias safe is top priority, and the only way to do that is to give them space.