Berry Good Is Back With Their First Mini-Album, ‘Angel’ By Releasing The Video Teaser

Berry Good Is Back With Their First Mini-Album, ‘Angel’ By Releasing The Video Teaser

Berry Good have announced that they will be releasing their first mini album, ‘Angel’. So for preparation for the release of their ‘Angel’ music video, they have released the music video teaser and the mini-album’s tracklist.

From the tracklist released, the mini album consists of a total of five songs with two of the songs having an instrumental version. Such songs in this album include the title track ‘Angel’ and ‘Love Letter’. 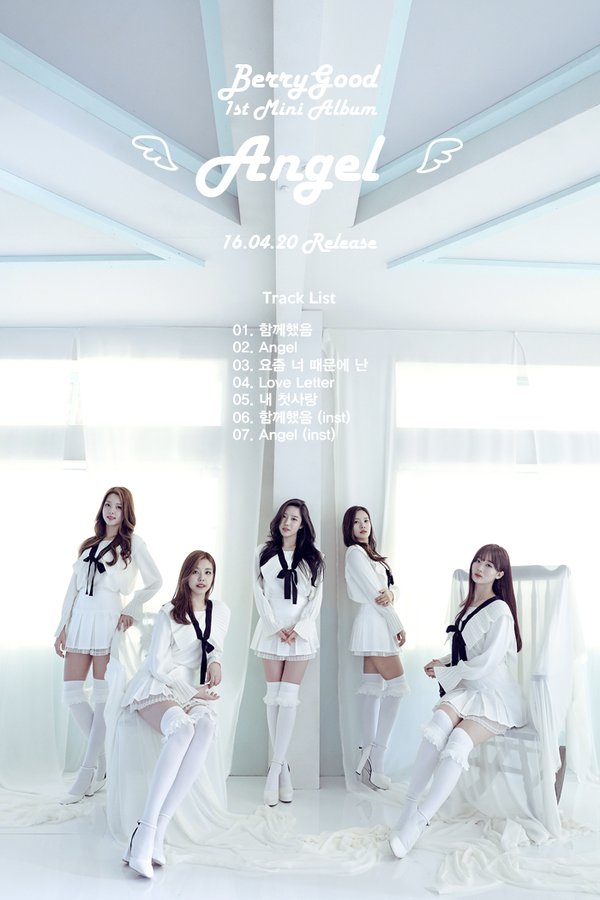 Berry Good have also released two music video teasers! The first teaser showed the adorable, yet annoyed members trying to solve the Rubik’s cube. However, none of the older members were able to solve it. The maknae, Gowoon, comes along and solves it successfully; showing off her angelic smile after completing it. The song itself sounds pretty upbeat and sweet, charming all of the listeners with their amazing vocals.

The second video teaser only features member Sehyung who is very focused in making perfect ring sets. This time, a different part of the song has been played, and it shows off their soft and angelic voices.

Berry Good’s ‘Angel’ mini-album and music video will be released on the 20th of April. Meanwhile, check out the cute video teasers below and let us know what you think!

Are you excited for Berry Good’s comeback?