BIGBANG makes their highly awaited comeback with not just one, but TWO title tracks. After releasing the fun and funky music video for their first title track, ‘FXXK IT,‘ the group dropped the music video for their second title track, ‘Last Dance.’ This song takes a much different route compared to the first title track. The song packs an emotional punch and shows a beautifully sentimental side to the group as they reflect on their 10 years together. Each of the members take turns singing, even T.O.P! And when he started singing, I’ve got to say my face was just like: 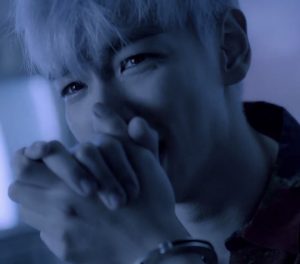 Each and every member singing has such sweet, smooth vocals which blends well with the piano and acoustic instrumentals. Many fans were saddened to hear the title thinking this is the end of the group. However, the song is more of a promise for V.I.P’s to hold onto until the group can come back together as a whole. So don’t be too sad because this is definitely not the end!

What are your thoughts on the song release? Let us know in the comments below!

Follow Officially KMusic for all he latest news in Korean entertainment!