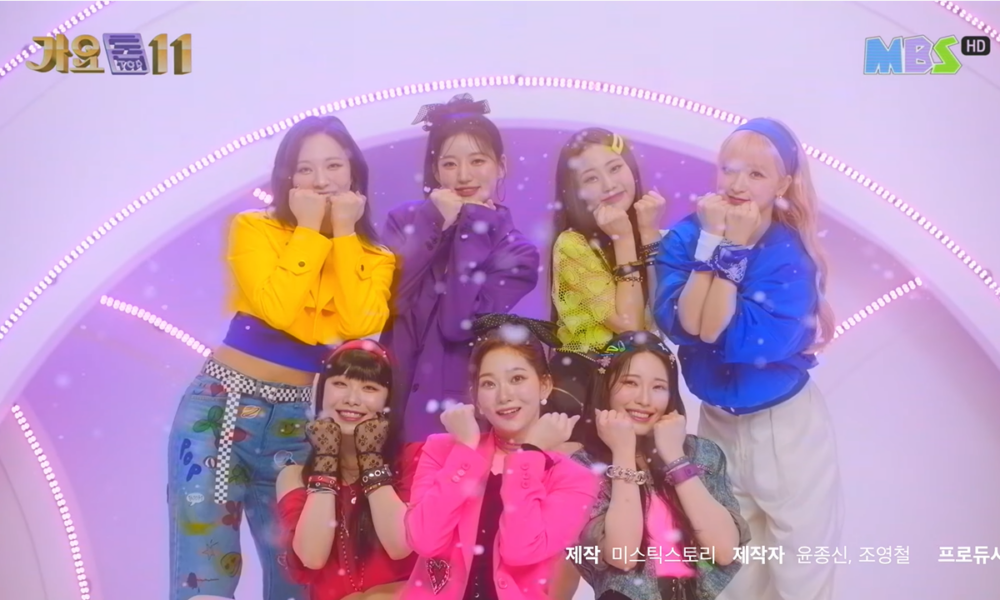 On July 14th, Billlie dropped the music video to their latest single, ‘Patbingsu’. The song’s title refers to a Korean shaved ice dessert. Often eaten with various toppings ranging from red beans to fruits, it’s often eated in the summer heat to cool off. The single comes as the ‘track by YOON’ project, remaking tracks from Mystic Story CEO, Yoon Jongshin‘s discography. The retro vibes can loud and clear with the brimmingly high synths and catchy melodies. Reaching its climax, tight harmonised vocals add zinginess to cap the song’s end.

The music video sees the girls taken back in time. To a simpler time when wired headphones wear commonplace and attire was suited and vibrant. Dancing on a rainbow lit stage, the music video has a soft filter making the visuals reminiscent of the style in that era. Its accompanied chorography is cute and easy to follow along.

How do you feel about the girl group’s revived remake? Let us know in the comments below!

Scroll for more
Tap
aespa are ‘Girls’ that shouldn’t be messed with in their sci-fi comeback MV!
ITZY call to put your ‘SNEAKERS’ on in their comeback MV!
Scroll