Officially Kmusic would like to wish APINK’s Namjoo, Varsity’s Yunho and Boys’ Republic Minsu all a very happy birthday! 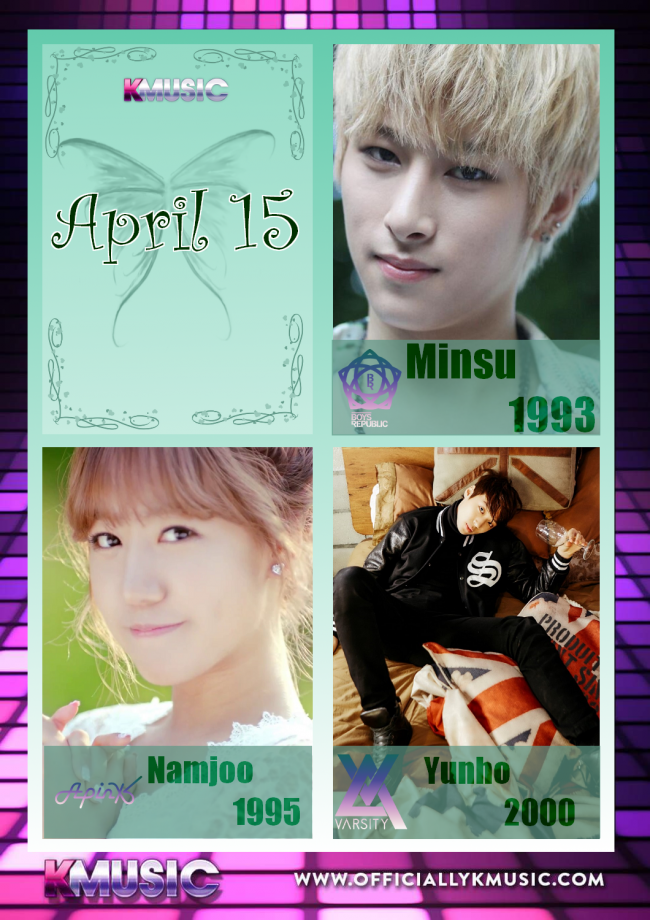 Things to know about Namjoo:

Her mother, cousin and sister are fluent in English.

She speaks Chinese better than NaEun; despite the fact NaEun is the one learning the language.

She is good with impersonations.

Things to know about Yunho:

He is closet to all the members.

He is good at girl group dances.

He has the worse sense of fashion among the group.

He is good at street dancing.

If he was a girl he would date Seungbo.

Things to know about Minsu:

His favorite artist is Zion.T.

He tries to remember 50 Japanese words a day.

In the dorm he is in charge of washing the toilet.

His favorite superhero is Batman.