Officially KMusic would like to wish 2PM‘s Wooyoung and Gugudan‘s Hana a very happy birthday! 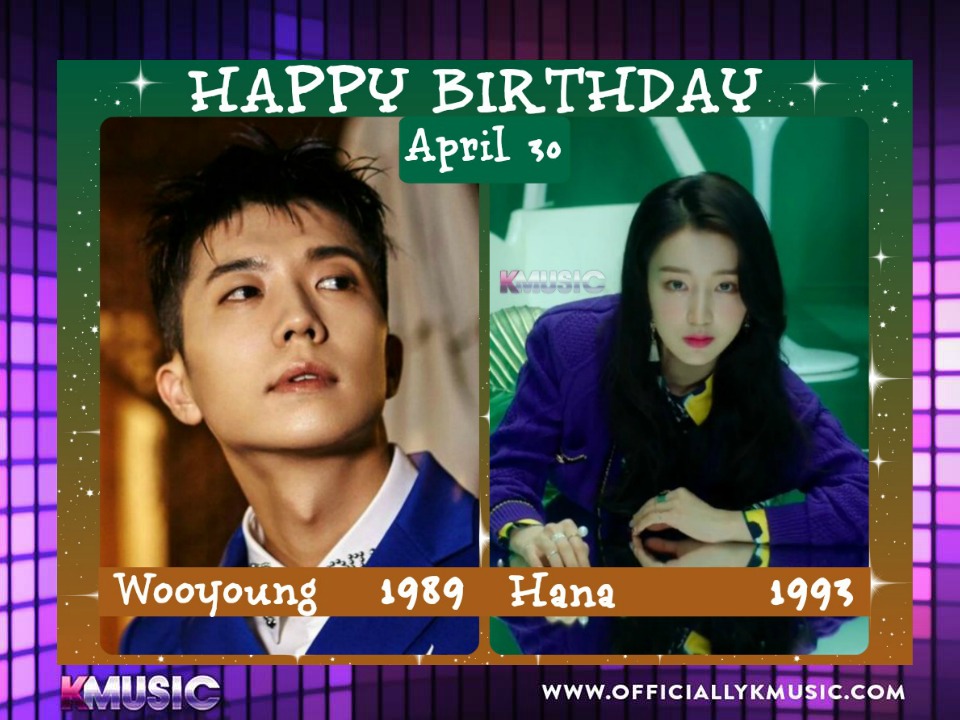 Stage Name: Wooyoung (우영)
Birth Name: Jang Wooyoung (장우영)
Position: Main Dancer, Lead Vocalist
Birthday: April 30, 1989
Zodiac Sign: Taurus
Height: 178 cm (5’10”)
Blood Type: B
– He was born in Busan, South Korea.
– Family: Mother, father, elder sister.
– He was selected as a JYP trainee after he won the audition against 5,000 other candidates.
– His dad was initially against his dream of becoming a singer, but now he encourages his son and often sends letters to Wooyoung.
– Wooyoung was the first 2PM member to release a single album – “23, Male, Single” (July 2012).
– In 2015 he made his solo debut in Japan, with the single “R.O.S.E.
– He studied in Seoul School for Arts. He is a dance major.
– Wooyoung’s ideal type: “My ideal type is a person I can communicate well with”

Stage Name: Hana (하나)
Birth Name: Shin Bora (신보라)
Position: Leader, Main Dancer, Vocalist, Visual
Birthday: April 30, 1993
Zodiac Sign: Taurus
Blood: A
– She had a cameo appearance in the drama High School King of Savvy (2014).
– She can speak some English and Japanese.
– Her hobby is looking for animal photos.
– Hana’s ideal type: Someone who has broad shoulders and pretty hands, but she said she hasn’t met her ideal type yet.