Officially Kmusic would like to wish EPIC HIGH’s Tablo, UNIQ’s Wenhan and THE BOSS’s Hyunmin all a very happy birthday! 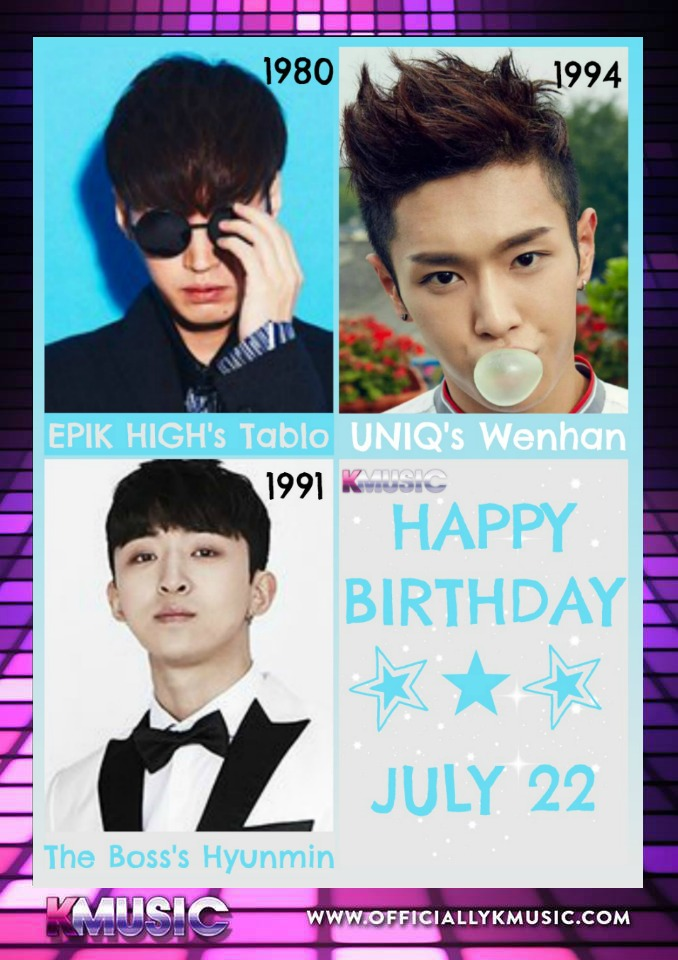 Things to know about Tablo:

He was born in Jakarta, Indonesia; but raised in Vancouver, Canada and currently lives in Seoul, South Korea.

He is married to actress Kang Hye-jung (2009) and they have one daughter; Haru who was born in 2010 and co-star with him on ‘The Return of Superman.’

He is friends with fellow YG labelmate, G-Dragon, (which Haru has a crush on).

He recently stepped down as head of HIGHGRD but will be making an Epic High comeback later this year.

Things to know about Wenhan:

He can speak Chinese, Korean and English.

He used to study in the US before debuting in music.

Things to know about Hyunmin:

He was in XING with former U-KISS member Kevin Woo.