Officially Kmusic would like to wish Nine Muses’s Sungah and Block B’s Kyung both a very happy birthday! 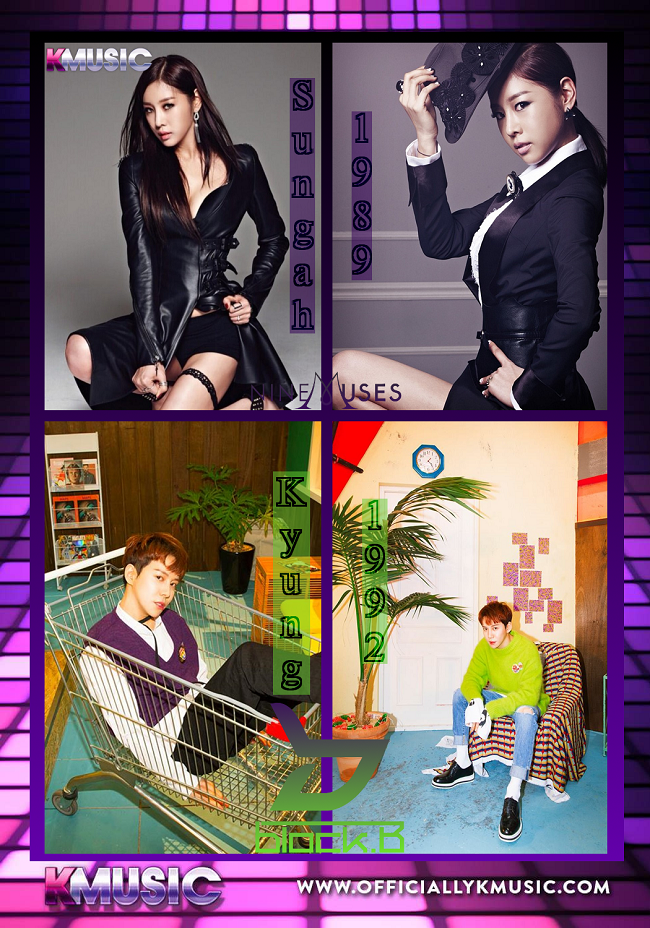 Things to know about Sungah:

She was born in Fiji.

She can speak Korean and English.

She is on hiatus from activities until farther notice.

Things to know about Kyung:

Earlier this year he debuted as a solo artist with his first mini album.

He studied in the US and New Zealand.

He and Zico have been friends since primary school.