Officially Kmusic would like to wish Hello Venus‘s Yeoreum and JYJ‘s Yoochun a very happy birthday! 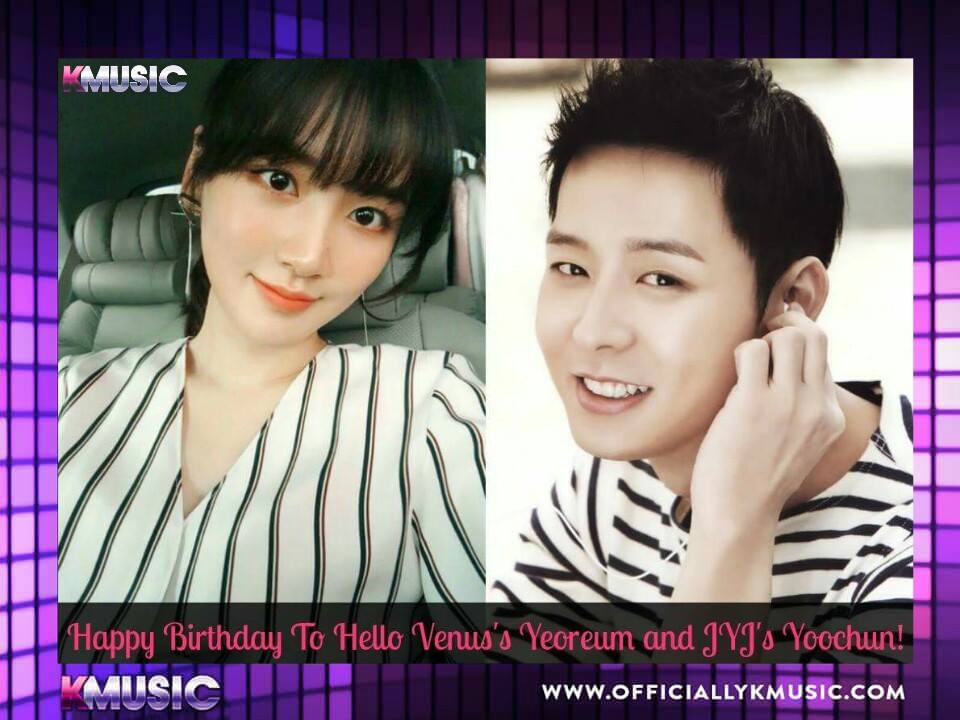 Things to know about Yeoreum:

Things to know about Yoochun:

Written by, collage by & featured image by: Admin Tiftse