Officially Kmusic would you like to wish NCT’s Renjun, BOYS24’s Jihyung, and Kangnam (formally of M.I.B.) a very happy birthday! 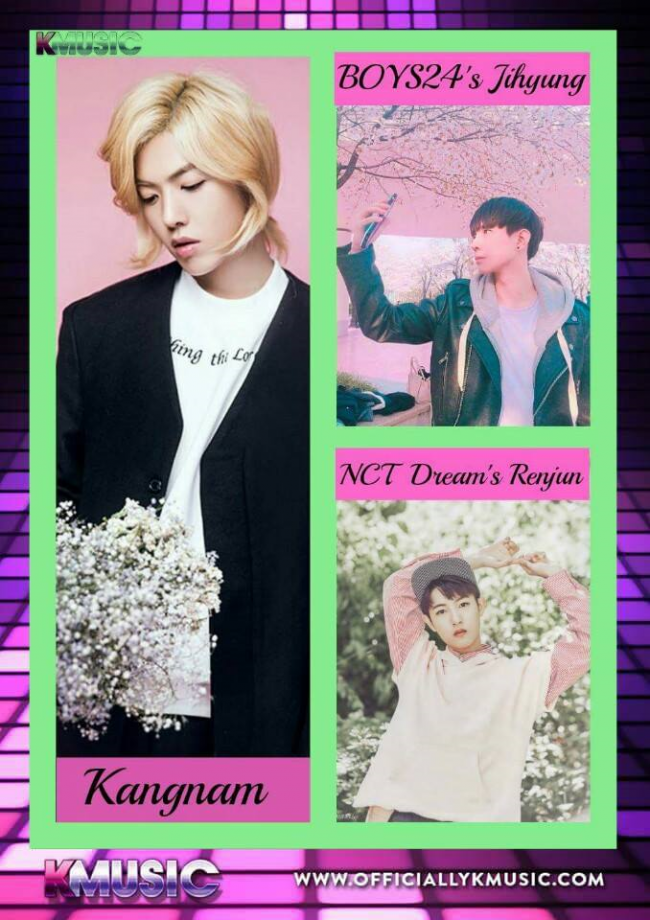 Things to know about Kangnam:

He is half-Japanese; half-Korean.

He was born in Tokyo, Japan where he spent most of his life.

When he was younger, his family lived in Hawaii for a few years.

He went to school in Hawaii and college in Philadelphia, Pennsylvania.

He can speak English, Japanese and Korean and local Hawaiian.

He left college to peruse his carrier in music.

Position in the Group: Lead vocalist for NCT Dream

Things to know about Renjun:

He’s in the sub-unit NCT Dream.

He loves taking his Korean class in school.

Things to know about Jihyung:

He is ranked 7th among the group.