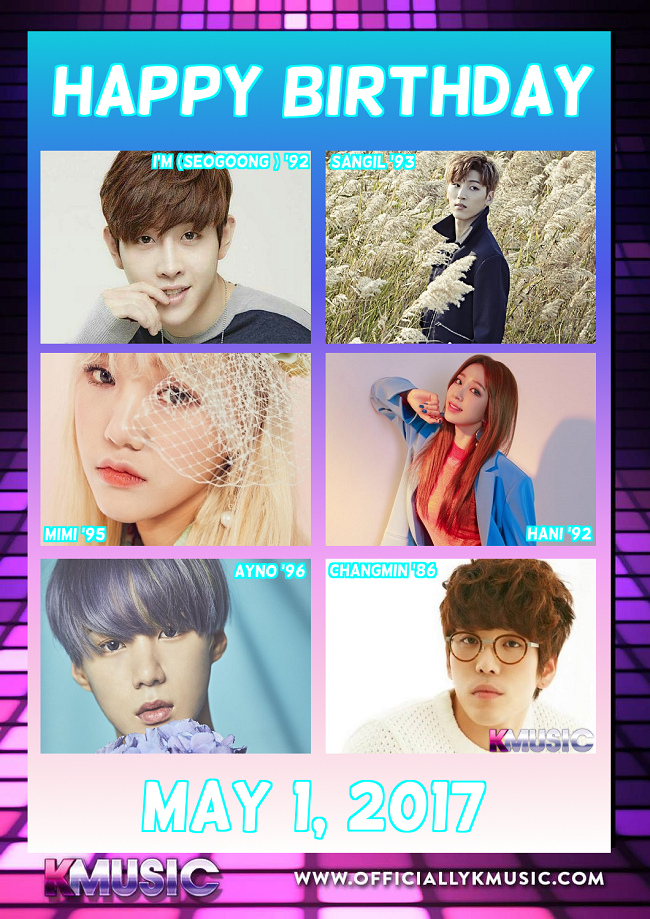 Things to know about Ayno:

He was in NO.MERCY with the group that is now Monsta X.

Things to know about Mimi:

She is the only rapper in the group.

She shares a room with Binnie in the dorm.

Things to know about Hani:

She is a former JYPE trainee.

She is part of the subunit Dasoni with Solji.

In April 2016 she was named an MC for Weekly Idol with Super Junior’s Heechul.

Things to know about I’M:

He use to be the main vocalist for TOPP DOGG.

He left to be in the subunit UNDER DOGG but later be debuted as a solo artist under the stage name I’M in October 2016.

Things to know about Sangil:

He likes to read fan letters and reply to them.

Things to know about Changmin:

He was born in New Jersey, USA.

He’s the main vocalist and rapper.