Officially Kmusic would like to wish Ailee; Hyomin of T-ARA and Yoona of SNSD all a very happy birthday! 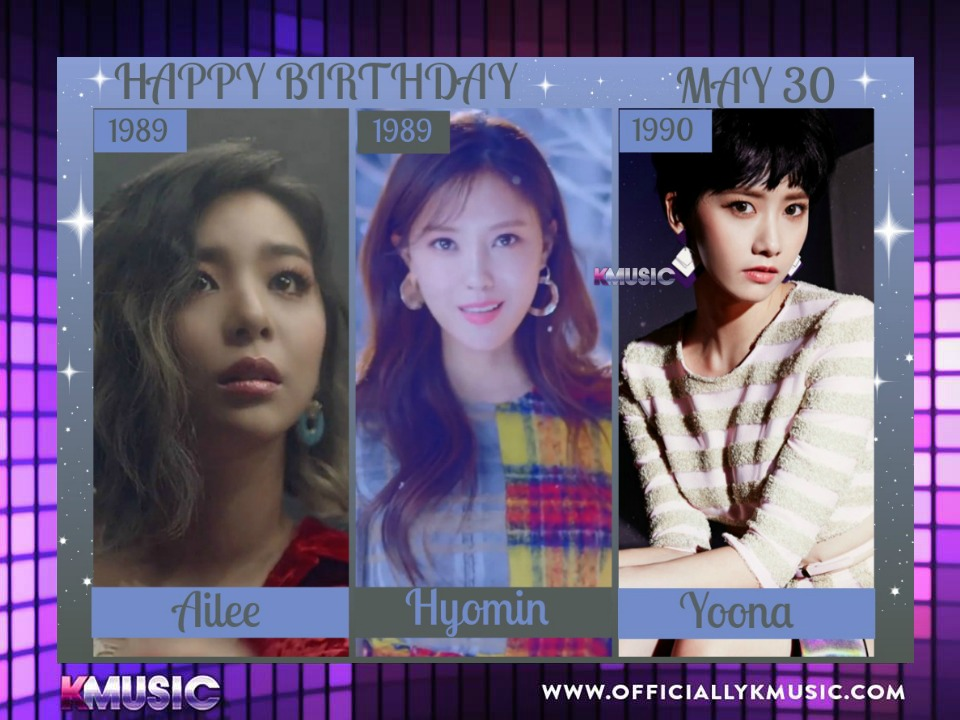 Things to know about Hyomin:

She use to room with Jiyeon in the dorm.

She was a ulzzang girl before her debut.

She was in the Chinese version of “We Got Married” with Chinese idol Fu Xinbo.

She is best friends with SNSD’s Sunny.

She is the mood maker of the group.

Things to know about Yoona:

She speaks fluent English and basic Chinese and Japanese.

She likes to bowl.

She has been in several dramas including “King Loves,” in 2017.

Things to know about Ailee:

She made her American debut in January of 2017 under the name A.Leean.

She is a Christian.

She is good friends with Seventeen’s Woozi and f(x)’s Amber.

Her favorite color is pink.

Her ideal type is BIGBANG’s Taeyang.