Officially KMusic would like to wish KNK‘s Heejun and EXID‘s Junghwa a very happy birthday! 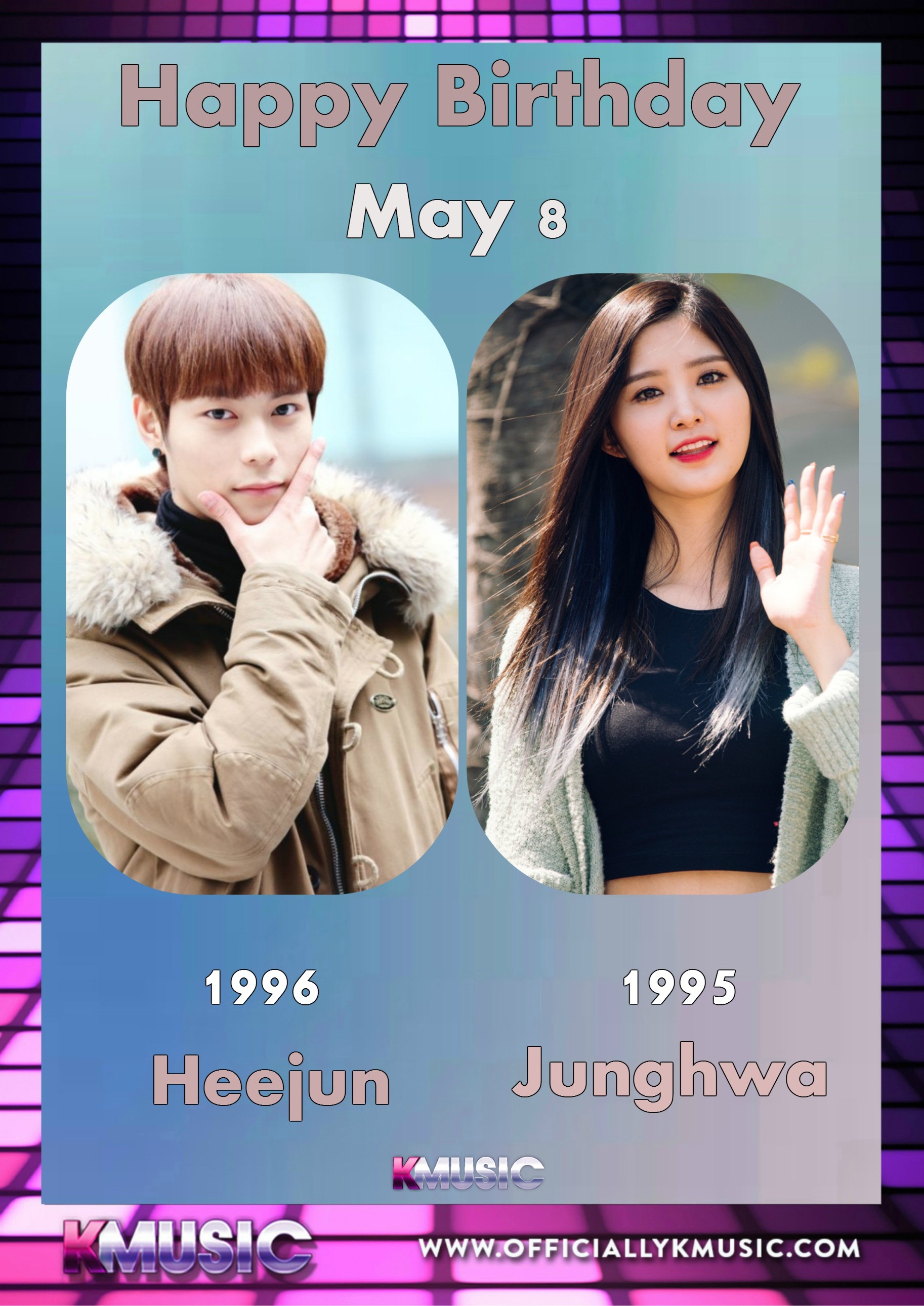 Stage Name: Heejun (희준)
Real Name: Oh Heejun (오희준)
Position: Lead Rapper, Vocalist, Maknae
Birthday: May 8, 1996
Zodiac Sign: Taurus
Height: 181 cm (5’11”)
Blood Type: B
– He has two older sisters.
– He has a quick-witted personality.
– His nickname is Kkamssi.
– He is a former FNC Entertainment trainee.
– In 2013 he appeared with Inseong on the reality show Cheongdam-dong 111.
– He was the vocalist and guitarist of Kokoma Band (꼬꼬마 밴드).
– His favorite type of music are: HipHop, Rock and Folk.
– His favorite celebrity is Amanda Seyfried.
– His favorite movies are Twilight and The Intern.
– His hobby is playing the guitar.
– His favorite sports are soccer, bowling and ping-pong.
– If he has free time, he wants to go shopping.
– Heejun’s ideal type: “Someone like APink’s Yoon Bomi or Amanda Seyfried”


Stage Name: Junghwa (정화)
Birth Name: Park Junghwa (박정화)
Position: Main Dancer, Vocalist, Rapper, Visual, Maknae
Birthday: May 8, 1995
Zodiac Sign: Taurus
Height: 169 cm (5’7″)
Blood: A
– She was born in Anyang, Gyeonggi, South Korea
– She’s a former trainee of JYP.
– She wanted to be an actress since she was a child.
– She acted in ‘Uprising of Wife’ when she was very young.
– She’s very sociable.
– Junghwa’s ideal type: Gong Yoo