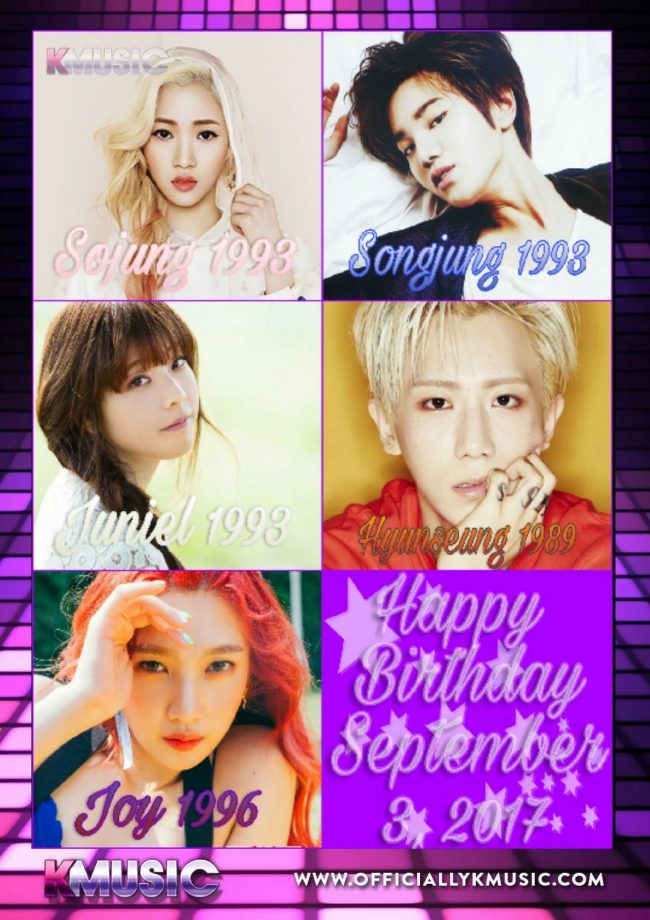 Things to know about Joy:

She was on We Got Married with BTOB’s Sungjae.

She was casted in 2012 by SM Entertainment, however she was not part of SM Rookies.

Place of Birth: Gwangju, in the Jeolla province, South Korea

Things to know about Songjung:

His favorite food is “whatever mom makes.”

Things to know about Juniel:

She legally changed her name to Choi Sun Ah.

She is the first female soloist from FNC Entertainment.

She is a huge fan of BoA.

She auditioned at JYPE and SM Entertainment companies (as well as others) before being accepted into Good Entertainment before the company went under in 2009.

Things to know about Hyunseung:

He should have debuted with BIGBANG, but was dropped from the group.

Things to know about Sojung:

She was on the Korean version of The Voice.

She was in the accident that killed two of their members; however she recovered and the group made a comeback two years later.

She was in JTBC’s “Girl’s Spirit”.

Stay turned to Officially Kmusic as we bring you the latest in Korean Entertainment!

Written by, collage and feature imagine by: Admin Merry