Birthdays: Victoria of f(x), Hana of Secret and P.O. of Block B!

Birthdays: Victoria of f(x), Hana of Secret and P.O. of Block B!

Officially Kmusic would like to wish Victoria of f(x), Hanna of Secret and P.O. of Block B a very happy birthday! 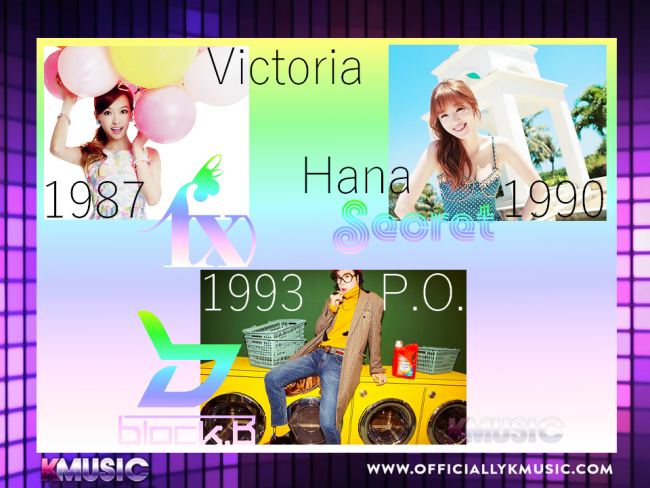 Position in the Group: Leader, main dancer and vocalist

She picked from a dance show in Beijing in 2007.

Her dance specialty is traditional Jazz.

Position in the Group: Main rapper, lead dancer and vocalist

Things to know about Hana:

She use to go by “Zinger,” but changed it to her real name.

Her mother is a former idol.

She is friends with CL and Sun of Wonder Girls. They all attending the same dance school.

Things to know about P.O.:

Sadly he recently lost his mother due to her poor health.

He took place in OnStyle Korea’s “Lipstick Prince.” with fellow band mate, U-Kwon and other idols.

He played soccer as a child.

His ideal type is cute girls.

Collage and Written By: Admin Merry