BLACKPINK confirm their ‘In Your Area’ tour dates in Australia!

BLACKPINK confirm their ‘In Your Area’ tour dates in Australia!

It’s official! BLACKPINK has finally announced and confirmed their tour dates in Australia for their ‘In Your Area‘ world tour. They will be performing in Melbourne on June 13th at 8pm at Rod Laver Arena. Next, they will perform in Sydney on June 15th at 8pm Qudos Bank Arena. 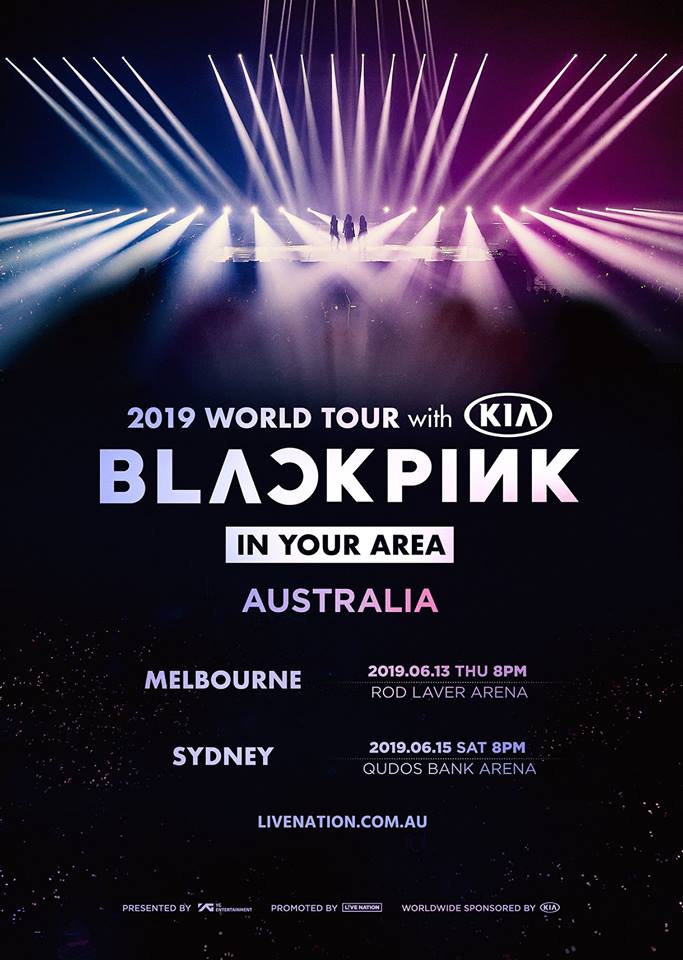 Tickets for all shows go on sale at 2pm AEST on Friday, March 1st. My Live Nation members can secure tickets first during the exclusive pre-sale beginning 2pm Wednesday, February 27 until 2pm Friday, March 1. You can sign up to be a member here. Ticket details are available here and here (for Melbourne).

BLACKPINK kicked off their ‘In Your Area‘ world tour in Asia at the end of last year. They will perform in North America (including a stage at Coachella 2019) and Europe before coming down under to Australia this June. Their concerts in Australia will be especially special for Rosé, who will be coming home to Melbourne to perform. Jennie also has her roots in this region as she grew up in New Zealand. Australia is ready to welcome this iconic girl group this June.

Don’t miss out on this opportunity to watch them perform live for the first time in Australia!

Are you excited for BLACKPINK to come to Australia for their ‘In Your Area‘ world tour? Let us know in the comments below.

Scroll for more
Tap
Europe, it’s time to mobilize the ARMY!
MONSTA X are coming down under to Australia for their third World Tour!
Scroll